1 Comments
Our top agents attended another mastermind session last week! This time, we focused on the right way to build a team of top agents. Thanks again to Michael Shapot of Keller Williams New York City for his incredible insight and support.

0 Comments
Ditmas Park, Brooklyn, is the focus of the next video in our new monthly series, “Block by Block.” Watch for future installments from neighborhoods around the city.Ditmas Park, known for its detached single-family homes with open and generous front porches, is often referred to as “the brownstone...

FUN FACT FRIDAY- How To Win Powerball: 5 Secrets From A Lottery Expert

1 Comments
Even late into December the Northeast was experiencing higher than average temperatures right up until New Years Eve. It made it pretty difficult to get into the holiday spirit when the weather suggested more of a balmy night on the beach. Now that old man winter has finally paid us a visit, some...

0 Comments
We hope your 2015 was as amazing as ours was! Best wishes for an even more succesful and productive 2015. On behalf of everyone here at Keller Williams Realty Empire- HAPPY NEW YEAR!

0 Comments
Our top agents at Keller Williams Realty Empire got together yesterday for another mastermind session on leveraging systems and tools. Special thanks to Michael Shapot for sharing his knowledge and providing incredible value to our agents.  We left with an enthusiastic outlook for the year ahead....

2 Comments
Mustering up motivation can be a difficult task during the holiday season with so many gifts to buy and gingerbread cookies to eat. If you're looking for a way to keep yourself in check and jumpstart your routine repeat this word to yourself- Mindset, Mindset, Mindset! Your mindset greatly impact...

1 Comments
APRIL 2017- New York's New Area Code!!! Word of the new prefix is causing some proud Manhattanites to fear that they will be stuck with 332 — and wind up looking like out-of-town rubes every time they give out their phone number.“It’s more prestigious to have a recognizable New York number,” sai...

1 Comments
As the year comes to a close and the holiday season inches closer and closer I'm sure you've been asking yourself why there aren't more hours in the day. Society has yet to master the art of manipulating the space/time continum, but luckily there is a more simple solution. Wake up earlier! Take a...
Previous 1 2 3 4 5 6 7 Next
Back to Top Archives
Rainer
51,063 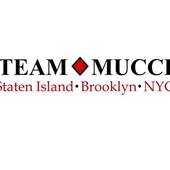