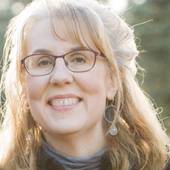 By Melina Tomson, Principal Broker/Owner, M.S.
(Tomson Burnham, llc Licensed in the State of Oregon)
The City of Independence is the third largest urban area in Polk County, Oregon. As of 2003, there were 6,850 residents of Independence. Located across the Willamette River from Salem to the Southwest, it has three city parks including a new one on the riverfront.  Independence has two main festivals: Western Days (co-sponsered with Monmouth) and the Hop and Heritage Festival.   View Larger Map For homeowners looking for small town charm, Independence is a good choice. New construction homes are available as well as older historic homes. Whether it is modern amenities or old home charm, Independence has both.   Brief History of Independence: In June of 1845, settlers from Missouri arrived in what was to be called Independence. One of the settlers, John Thorp settled north of Ash Creek i... 01/02/2009
Comments 5 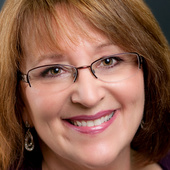 Selling Space? Make Sure It's Unforgettable!

By Margaret Oscilia, Home Stager, Salem Oregon
(Creative Concepts-Home Staging and Contracting, Salem Oregon)
Ever left a house and later asked yourself "how many bedrooms was that house?".    Was it 3 or 4?  After touring several homes they can all run together, and buyers may have a hard time remembering a vacant or unattractive room.  Add to that several different house hunting trips and those vacant and unappealing rooms are a forgotten glance.  Making sure each bedroom make a fantastic impression will help buyers prevent memory loss!  This bedroom is one I think they will remember -- and wish was their own! Before staging, this room may not have been too memorable -- and if it was, it wouldn't have been a positive memory!  We love helping make better memories -- quick sales for home sellers and beautiful rooms home buyers!     Wondering how to make your home compete in a buyers' market?  C... 10/03/2008
Comments 6

By Melina Tomson, Principal Broker/Owner, M.S.
(Tomson Burnham, llc Licensed in the State of Oregon)
The first quarter has ended for the real estate market.  Here is where our local markets currently stand. Market data information is from the local WVMLS. Here is what is occurring in the cities of Monmouth-Independence area in real estate... Average Sales price: The average sales price so far this year is $188,656, down 8.5 % from last year's $206,077.  Prices have corrected slightly in this area.  They will probably continue to have some mild correction in the upcoming months. Inventory: Monmouth-Independence has an absorption rate of 11.3.  This places the current Monmouth-Independence inventory at 7.6 months. Home Sales Closed: In the first quarter this year, 34 homes closed on the market.  That is down 53 % from the same time frame last year when 64 homes closed in the first quarte... 04/03/2008
Comments 0
Explore Independence, OR
Independence, OR Real Estate Professionals