By Gary Swanson
(Century 21 Harris & Taylor)
Cave Junction, Oregon Cave Junction is a small town with a lot of friends.  Over 17,000 people depend on Cave Junction for services.  With a population of around 1,300 in Cave Junction itself, they serve a lot of people. So why do so many people live outside the city limits of Cave Junction?  The big reason is for the beautiful countryside. Retirees come from all over the United States to live the life they dreamed about throughout their careers. In and around Cave Junction, great prices on homes and property make owning large acreage so affordable, and even if you don't use the land for anything but privacy, it's fun to have it. Cave Junction was incorporated in 1948, and the first census reported 282 people in 1950.  Now, Cave Junction boasts 1,300 citizens. Don't make the mistake of ... 04/04/2010
Comments 0

By Melinda (Mel) Peterson, @TheBlessedRealtor - ABR, CRS
(Grants Pass, OR)
Take an Herb Walk in Southern Oregon!  Three rain-or-shine spring herb walks led by Debbie Lukas of Siskiyou Mountain Herbs in Cave Junction will be held to explore the vast array of wild and domestic medicinal plants that grow in the Siskiyou region.  The first two will be held at the Illinois River Forks State Park from 10 a.m. to noon on Saturday March 27 and April 24.  The third, from 10 a.m. to noon on May 22, will examine herbs that can be grown in a garden, as demonstrated at the home of Siskiyou Mountain Herbs, the Frog Farm, 9044 Takilma Road (nine miles southeast of Cave Junction).  During the walks the class will discuss identifying characteristics, habitat, collection techniques, preparation and uses of herbal plants.  The cost is $5 to 15 per walk.  Preregistration is not n... 03/26/2010
Comments 0

By Gary Swanson
(Century 21 Harris & Taylor)
Ice Fishing Memories Ice Fishing in Northern Minnesota is quite a sport. As a youngster, I remember long hours in the fish house with my father.  Each season, he would haul the "outdoor toilet" looking shack out on the ice, chisel a hole in the ice about four feet square and push the "fish house" over the hole where it would sit until spring. He had a fake minnow on a line suspended from the ceiling and down in the water.  He made the minnow from tin, and it had movable fins that he could twist, so that when he tugged up on the line, the minnow would wiggle and turn like an injured fish. When a fish came slowly in to investigate the newcomer, he would ease his three-tined spear into the water without a ripple.  Since it was kept dark in the house, the fish could not see us, and at the a... 01/18/2010
Comments 4

Homes With Acreage For Sale In Cave Junction Oregon

By Gary Swanson
(Century 21 Harris & Taylor)
Homes With Acreage For Sale In Cave Junction Oregon Cave Junction is only a scant thirty minutes from Grants Pass in the heart of the beautiful Illinois Valley. The Illinois Valley was originally named by one of the early settlers as it reminded them of home. Those of us who move here from larger cities are used to spending anywhere from a half hour to a couple of hours twice a day just to go to work and back.  After awhile living here, we tend to think fifteen minutes is a long drive to anywhere. I just sold a lovely home situated on 18 acres just a short way from Cave Junction on the road to Oregon Caves National Monument.  When my client called, I thought, "that's so far away" and then I realized that after living here for a year now, I had forgotten about all those years I lived in ... 10/30/2009
Comments 0 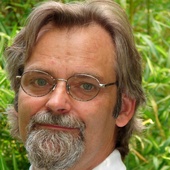 By Douglas Harland, Southern Oregon
(Century21 J.C. Jones American Dream)
I like taking photos with my cellphone. You can get some interesting effects. I took some of the photos into the sun to get the effect I was looking for. It was a perfect sunny spring day in Southern Oregon when I took these photos! Taking photos of spring flowers is a great way to spend an afternoon.   04/09/2009
Comments 7

By Douglas Harland, Southern Oregon
(Century21 J.C. Jones American Dream)
It was another beautiful yet mysterious and scary Halloween evening in Cave Junction, Oregon. It is a Harland family tradition to carve lots of pumpkins. Here are a few of this years favorites. As you can tell we are big Tim Burton fans.   Jack Skellington     American Gothic     Victor     Edward   Edward   Century21 JC Jones American Dream 11/05/2008
Comments 12

By Douglas Harland, Southern Oregon
(Century21 J.C. Jones American Dream)
The Illinois Valley High School Homecoming Parade went by my house so I thought it would be fun to take a few photos. I have been watching the parade for years, it is always exciting to hear all the kids in the distance, as they get closer and closer. The first photo shows the student heading down River Street, crossing Redwood Hwy. in Cave Junction. I wish I had gotten photos of everybody.               10/22/2008
Comments 4
Explore Cave Junction, OR
Cave Junction, OR Real Estate Professionals