By Mike & Kathleen Kelly, Hickory NC REALTORS
(HICKORY REAL ESTATE GROUP)
9591 Wilson Road Hildebran NC 28637 2146 Sq. Ft.   Built in 1968 $159,900 MLS #: 9562415 Wonderful 3 bedroom and 3 bath home in Hildebran. You have got to see inside this home to appreciate how well it has been maintained over the years. The home features hardwood floors in the living space and tile in the kitchen/dining room. Kitchen has tons of cabinet space and a table height bar counter and huge living room has a wood burning insert with blower. The master bedroom includes a generous closet and private bath. The walk out basement has a huge den with beautiful stained concrete floors. The other side of the basement is unfinished but has washer dryer hook-ups. The home has a large rear deck, huge storage building and a monitored security system. If you need lots of space and are l... 01/15/2012
Comments 0 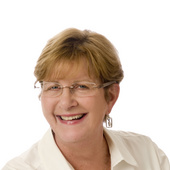 DeFeet International Inc.: From Defeat to Victory in Hildebran NC!

By Debbe Perry, 828.439.3084 Morganton/Lake James NC
(Real Living Carolina Property )
DeFeet International Inc.: From Defeat to Victory! Hildebran NC-based sock company has been honored as 2011 Business North Carolina’s Small Business of the Year! Coming back from tremendous adversity, beginning with a fire that destroyed the facility ten years ago, Defeet’s honor is, according to competition judge Doug Slakewicz, ”a great example of a company keeping its work in North Carolina.”The twenty-year-old company was breezing along until the facility caught fire in 2001. Devastating as that was, an addition that was still under construction was spared. DeFeet founder and president Shane Cooper explained, “We put everything we had into this company back then, and we put even more in after the fire.” Too proud to declare bankruptcy, Cooper and his team persevered through determin... 01/06/2012
Comments 6 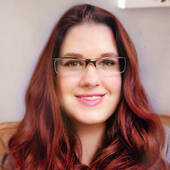 By Raine Carraway (Michelle Carraway)
(EXP Realty)
Marves Industries will Produce Mattress Padding in Hildebran, NC Marves Industries, an international textiles manufacturing company, will be occupying the former Bauer Industries plant at 205 Cline Park Drive in Hildebran, and using the building and existing equipment to manufacture padding to be used in mattresses and furniture. The average wage for workers is expected to by $33,636, not including benefits. They plan to be up and running by January, employing about 50 people in 2010 and adding more jobs later on. Marves Industries is an affiliate of a Mexican Company known as Industrias Marves S.A. de C.V. (Sociedad Anonima de Capital Variable, translated as "variable capital company"). That company is based about 200 miles west of Mexico City, in the city of Urupuan in the state of Mi... 12/09/2009
Comments 0 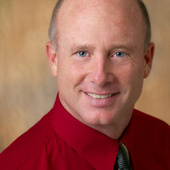 By Bill Williams-Broker,REALTOR
(CENTURY 21 American Homes)
Every other Saturday night Hildebran,NC hosts a car show with live entertainment, lots of food and activities for the kids.  It's a great family night out in a great family-oriented town   For more info about Hildebran, NC visit http://hildebrannc.com/  08/11/2009
Comments 0 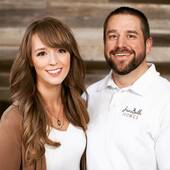 By Justin & Katie Keisler
(Realty Executives of Hickory)
The first brick schoolhouse (building on left) was built in Hildebran in 1917. It remains a part of the present building, but has had several additions during the years. No electricity was available until the early 1920's. The auditorium was lighted for night programs by several gas lanterns. The first addition to the school was in about 1923, an auditorium with additional classrooms on the second floor. The original auditorium was converted to classrooms. The first commencement was held in 1919. By 1925 the graduating class had increased to fourteen members. A wooden structure was built in the 40's to be used as a lunchroom. It later became the schools first gymnasium. In 1957 more land was purchased and a new primary ("main") building was constructed (building on right). In 1959, a n... 07/20/2008
Comments 0
Explore Hildebran, NC
Hildebran, NC Real Estate Professionals