I want to have “myasthenia” do you?

By James Dray
(Fathom Realty)
Kind of like turning the clock back a few years. I liked it. Even though they are Japanese music has no language. The audience really enjoyed it.  After watching it I could not help myself.  Turn up the volume and enjoy the show.  The links is safe as always.           http://www.youtube.com/watch?v=L7N6slVrQeY 04/11/2011
Comments 9

You don’t want to be standing tall using an “antonomasia” to this person.

By James Dray
(Fathom Realty)
OK sometimes I get crazy finding words to use in these posts but this one is a ringer.  I’ve done this many times but in the line of duty.  These people can cause you a world of misery depending on what you’ve done.  I’ve seen it happen more and more in my former career.  Anyway I bet you’re wondering what (an’te mo ma’zhe) is …  The use of an  title in place of a name, as calling a judge ‘his honor’.  Don’t stand in front of a judge defending you actions.  Don’t let it get that far.  Do your job right and you’ll avoid this? 04/10/2011
Comments 9

By James Dray
(Fathom Realty)
I know I’ve seen this one before but right now I can’t think of when.  It was sent to me yesterday and I thought it needed posting.  Here the bully gets exactly what he deserved but for me the question is he (victim) had enough.  With that said I wonder how long the American public will put up with their elected representatives before they revolt and fire everyone and replace them?  My Saturday’s thoughts to ponder…  enjoy the video   http://www.youtube.com/watch?v=isfn4OxCPQs 04/02/2011
Comments 9 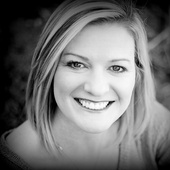 By Nicky Dou, The BEST REAL ESTATE AGENT in Northwest Arkansas
(Collier & Associates)
WELCOME BACK TO FAYETTEVILLE Mike Anderson.As a former Razorback and lifelong resident of Northwest Arkansas I wanted to say WELCOME HOME to Mike Anderson. You made a great choice! We are so happy to have you back in Fayetteville, AR! We are honored to have you on as Head Basketball Coach - Mike Anderson... WELCOME!Nicky Dou, Sr. Vice President, Executive BrokerCollier and Associates  | 479-236-3457  | nicky@nickydou.comwww.NickyDou.com   www.RealEstateinNorthwestArkansas.com www.Facebook.com/NorthwestArkansasRealEstate www.RealEstateinNorthwestArkansas.com   03/28/2011
Comments 2

Did you know you’re a “funambulist”?

By James Dray
(Fathom Realty)
Well this is a new one on me but then each (almost) post I make is a new word on me.  We do this every day and we have become very adapt doing this.  It’s called negotiating by some people and others call it something else (can’t say it on this forum).  Anyway the meaning of (fyoo nam’byoo list) is a tightrope walker.   Don’t we all walk that tightrope especially when dealing with a difficult client?  Enjoy your day. 03/28/2011
Comments 8

By James Dray
(Fathom Realty)
For those of you who follow Wordsmith you know I pick words from Webster’s © and associate the meaning to something (hopefully) in real estate.  What I’m hoping for is not what I’m saying but what is being said.  I have only lost my temper once while associated with Activerain and it taught me a lesson.  Anyway read the whole post and get what is being said not what I’m saying.  Confused I know I am…?? 03/21/2011
Comments 14

Do pictures give us a case of “hemeralopia”?

By James Dray
(Fathom Realty)
Here again don’t bother trying this out in word it does not recognize the word, never the less it does exist.  Now with clients hitting an early Spring fever and looking for homes I’ve looked at pictures and thought this one looks nice.  Once we get there our eyes tell us another picture.  So the meaning of (hem’er e lo’pe e) a defect in the eye in which the vision is reduced.  Is it a defect in the eye or the pictures some agents take?  Join Wordsmith on Activerain and enjoy the day. 03/19/2011
Comments 9

Do you have a case of “nyctophobia”?

By James Dray
(Fathom Realty)
I really don’t know anybody who has this problem.  Or should I say no one has admitted they do.  I admit when this is going on I’m a little more careful so I take a device that helps me along the way.  The meaning of (nik’te fo’be e) an unnatural or excessive fear of darkness or night.  When things in the real estate business seem darkened by slow sales, listings or other obstacles just remember these too shall pass.  Just take a light or other device and work through it to make your business grow. 03/16/2011
Comments 13

Have you ever made a “hegira”?

By James Dray
(Fathom Realty)
Don’t know about you but I sure have done this.  Just think about your past and I bet ya you have done this more than once.  I have done this to a client on more than one occasion.  So I guess it’s time to reveal the meaning of (hej’I re) a trip or journey, esp. one made to escape a dangerous or undesirable situation.  How many times have you made a trip to a client’s home to get your lockbox and sign due to the client being uncooperative?  03/11/2011
Comments 16

By James Dray
(Fathom Realty)
I’m starting this one out different than what I normally do.  The meaning of (a maz’ ing) to fill with great surprise.  Now that I have got that out of the way here we go.  My wife brought it to my attention and then I started paying attention.  When you’re watching your television start counting the times you here “amazing”.  It’s the new catch word and it’s “”amazing”” how many times you’ll hear it in a day.  Now this is one “amazing” post.. 03/06/2011
Comments 14

I make no comment just watch and judge for yourself

Have you ever had to deal with a “recalcitrant”?

By James Dray
(Fathom Realty)
Not only have I dealt with a client that was this but also agents.  The truth is I wish these types of people would not do this but that is what we are paid for isn’t it?  Anyway the meaning of (ri kal’si trent) hard to handle or deal with.  But tomorrow is another day. 03/02/2011
Comments 11

Do you feel that sometimes it’s just “necessitarianism”?

By James Dray
(Fathom Realty)
Now that was a mouthful to say I bet ya.  Anyway this is a theory that runs along with a book that was popular a few years ago.  It had an impact on me and I bought the book, video and CD.  But I guess you want to know the meaning of (ne ses’e ter’e en izem) the theory that every event, including any action of the human will, is the necessary result of a sequence of causes; determinism.  That was a mouthful in of itself.  02/27/2011
Comments 13

By James Dray
(Fathom Realty)
A drunk man who smelled like beer sat down on a subway next to a priest. The man's tie was stained, his face was plastered with red lipstick, and a half-empty bottle of gin was sticking out of his torn coat pocket. He opened his newspaper and began reading. After a few minutes the man turned to the priest and asked, "Say Father, what causes arthritis?" The priest replies, "My Son, it's caused by loose living, being with cheap, wicked women, too much alcohol, contempt for your fellow man, sleeping around with prostitutes and lack of a bath." The drunk muttered in response, "Well, I'll be damned," Then returned to his paper. The priest, thinking about what he had said, nudged the man and apologized. "I'm very sorry. I didn't mean to come on so strong. How long have you had arthr... 02/24/2011
Comments 10

By James Dray
(Fathom Realty)
Did you hear about the guy who was in a bar about as drunk as it's possible to get?     A group of guys notice his condition and decide to be good Samaritans and take him home.   First, they stand him up to get to his wallet so they can find out where he lives, but he keeps falling down.   He falls down eight more times on the way to the car, each time with a real thud.   After they get to his house, he falls down another four times getting him to the door.     His wife comes to the door, and one guy says, "We brought your husband home."          The wife asks, "Where's his wheelchair?"     02/19/2011
Comments 23

Do you “accumbent” on the job?

By James Dray
(Fathom Realty)
Not to say that I never have done it you know I have.  I think everyone has done this in one way or the other.  There are of course those types of jobs where you do not have the opportunity to do this.  My wife for example when she was working for a large place there were just too many eyes for her to accomplish this.  The meaning of (e kum’bent) lying down.  So did you ever lie down on the job and maybe grab you a few quick z’s?  As my AR friend Michael would say inquiring minds want to know. 02/13/2011
Comments 10

May “fardel” stay away from you…

By James Dray
(Fathom Realty)
Now, now don’t go to your Webster’s © because I will be telling you the meaning of this word in a moment.  But first I wish that you never experience this but on the other side I know you will.  The only advice I will have for you is to get ready it will happen.  If you are very careful you might and it is a thin might be able to avoid this.  The meaning of (fard’’l) a burden; misfortune.  May misfortune and all that comes with it stay away from you? 02/10/2011
Comments 12

When looking at property do you look for the “delimit”?

By James Dray
(Fathom Realty)
OK I must admit I do not do this.  In fact I can’t remember but once even trying to find this.  So tell me do you look for this when you go and try to get the listing?  I know I have kept mine at my home.  Sometimes when an offer comes in the buyers will ask for this.  So the meaning of (de lim’it) to fix the limits of: mark the boundaries.  For this blog I’m referring to the limits of the property.  02/06/2011
Comments 8
<< Previous 1 2 3 4 5 6 7 8 9 10 11 Next >>
Explore Fayetteville, AR
Fayetteville, AR Real Estate Professionals