A very short story to profit by

One of a kind new listing. Great Opportunity (NEW PRICE)!

Something to think about

5 Comments
THE SITUATION In Washington , DC , at a Metro Station, on a cold January morning in 2007, this man with a violin played six Bach pieces for about 45 minutes. During that time, approximately 2,000 people went through the station, most of them on their way to work. After about 3 minutes, a middle-a...

I tend to disagree with this economist

2 Comments
The Great Land Grab.  Our Country is NOT GOING OUT OF BUSINESS.  These are certainly tough times in the history of our Nation but we always seems to bounce back!  The greatest investors know that now is the best time to invest.  When times are times are tough and people seem to be desperate and/o...

4 Comments
REMEMBER: Cell Phone Numbers Go Public this month.    REMINDER.....  All cell phone numbers are being released to telemarketing companies and you will start to receive sales calls..... YOU WILL BE CHARGED FOR THESE CALLSTo prevent this, call the following number from your cell phone:    888-382-1... 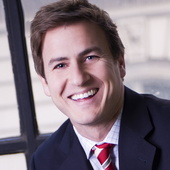