First time buyers are back in Vancouver!

By Erik Wecks
(Windermere Real Estate/The Stellar Group)
Well after sitting on the sidelines all summer the first time buyers are back in the Vancouver Washington real estate market.  Suddenly they have been coming out of the woodwork this fall.  I have seen several multiple offer situations in the starter home market and the best priced starter homes seem to be disappearing quite quickly.  Sometimes they are disappearing within a month of being on the market.  Considering that the average time on market right now in our are is over 70 days, this is quite fast.  Beyond this, both the lenders I know and the other agents I know who work with first time buyers are saying that they are quite busy.What does this mean for prospective buyers?  Well some of the leverage they had with sellers early in the fall seems to be disappearing this winter.  I ... 01/07/2007
Comments 0

By Erik Wecks
(Windermere Real Estate/The Stellar Group)
Washington State offers qualified first time home buyers a great deal on their mortgage. Their current rates are between 5.375 and 5.875 on a 30 year fixed mortgage. They offer zero down home assistance programs allowing you to get into a home for right around 1000 dollars. In order to qualify for these rates you need to take a first time buyers class. It will be held on January 20th from 8 AM to 1 PM. If you are interested in learning more about the house key program you can go to http://www.wshfc.org/buyers/key.htm and to sign up for the class call me. (Erik Wecks - Windermere Real Estate/Stellar Group) at 360-624-3674. Erik Wecks Providing the information you need to make great decisions http://erikwecks.com/ 01/06/2007
Comments 0 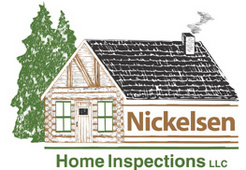 Housing Market Cools, but the Inspection Market Heats Up?

By Justin Nickelsen, CMI - (p 360.907.9648), Vancouver/Portland/WA/OR Home Inspector
(NICKELSEN HOME INSPECTIONS - Vancouver WA Home Inspector)
It was reported, mid year, that the housing market in SW Washington cooled about 28% as compared to 2005.  One would expect to see something similar in the amount of inspections performed.  However, it seems that this is largely dependent on what home inspection firm you are referring to.We know Realtors that are busier this year than they were last year, but these are well established Realtors.  The same is true with our own Company, Nickelsen Home Inspections, LLC based out of Vancouver, Washington and Puyallup.  Compared to a year ago, we are not down 28% but up almost 12%--not counting the addition of any new inspectors that have joined the Company.While it seems logical that some inspectors are bearing the brunt of the cooling market, it appears that the cooling market had actually... 12/21/2006
Comments 1

By Troy Jensen
(MESSICK Realty Group)
Integrity first!  Service before self!  Excellence in all I do!  I'm a 24 year USAF Veteran w/experience in sales, contract negotiation, and marketing strategies.  Global Sales & AIDA Certified, Occupational Instructor Certified, MBA, BS, TS-BI/NAC.   On arrival to Vancouver Washington my family and I did not find government leased housing acceptable, so we built our own home and then decided to do something to help the other service members detached from their bases.  We started buying nice new homes under 5 years old and leasing them to the local military troops.  Since my retirement and needless to say with four children and a huge cut in my income I needed to do somthing, I knew I liked real estate and helping other families.  I decided as an agent I could do both and that would kee... 12/17/2006
Comments 2

By Mike Page
(Keller Williams Premier Partners)
HOME BUYERS. If you thinking of buyer your first home, upgrading to a larger home or downsizing to a smaller home, now is the time to start looking. With todays market value at a all time low, and interest rates still affordable, this is YOUR time to make a wise investment.HOME SELLERS. I understand your still trying to make as much as you can on your existing home. Todays market is changing on a daily basis. When selling your home, make sure your agent is keeping you aware of the trends the market is dictating. I see a lot of homes expiring from their listing, meaning the listing period has come to the end of their contract. This happened due to a number of things. Make sure your home is advertised with the most current market value, and not the inflated price you think your home is wo... 12/14/2006
Comments 1

By Mike Page
(Keller Williams Premier Partners)
HOME BUYERS. If you thinking of buyer your first home, upgrading to a larger home or downsizing to a smaller home, now is the time to start looking. With todays market value at a all time low, and interest rates still affordable, this is YOUR time to make a wise investment.HOME SELLERS. I understand your still trying to make as much as you can on your existing home. Todays market is changing on a daily basis. When selling your home, make sure your agent is keeping you aware of the trends the market is dictating. I see a lot of homes expiring from their listing, meaning the listing period has come to the end of their contract. This happened due to a number of things. Make sure your home is advertised with the most current market value, and not the inflated price you think your home is wo... 12/14/2006
Comments 1

By Kevin Mickels
(Inspection Consulting, Inc.)
Walkways and Driveway In theory, concrete is poured over undisturbed earth, but when a house is built the driveway and walkway areas are often filled after the foundations are constructed. Driveways and walkways are frequently cracked and vulnerable to settlement. Patching is generally cosmetically unacceptable. Hence most contractors encourage replacement of badly settled sections. The most prudent property owner will strive to eliminate trip hazards, particularly in areas guests will use. 11/27/2006
Comments 0

Staging/Touring Forward Together And Beyond

By Dawn Shaffer Life is good!
Real Estate Stagers..here's an idea you may not have thought of.Our fields are so closely entwined. It seems a natural "package" for a stager and virtual tour provider to get together and offer a package for professional offices, medical offices, -- gosh, the list just goes on and on.Both fields are (as far as I know) almost exclusively specific to real estate...but both can just as easily help businesses attract more customers.The facility would be staged, then a virtual tour done, then "unstaged." I attempted to talk to a Stager in my area but she blew me off, never called me back. If you think the idea has merit, I'll continue to look for someone in my area. Dawn Shaffer, http://www.allaboutvirtualtours.com/ 11/14/2006
Comments 5

By Shawn Martin
(Crosby Inspections)
3 of the last 8 Homes I have inspected had some type of problem with moisture.  So I thought I would pass this along.  Checked your Sump Pump lately? Sump Pump importance  • When was the last time you checked your sump pump for proper operation? • Notice any foundation cracks around your home?  Ever make the connection that your sump pump may be the cause of this cracking?  Moisture control in the home Rule #1 - Water is the enemy of a home. Rule #2 – As a homeowner, your maintenance checklist should include checking the key items that ensure all surface and sub-surface water is directed away from the home. Surface Water Control Gutters & Downspout • Ensure no obstructions in gutters and ensure downspouts push out away from home. Lot Grading • Ensure landscaping does not slope back towa... 10/11/2006
Comments 1

Preparing Your House For a Home Inspection

By Shawn Martin
(Crosby Inspections)
If you are in the process of selling a home, the chances are that sooner or later you will have the home inspected by a professional home inspector. Here is a checklist to make life easier.• If the house is vacant make sure that all the utilities (gas, electrical power and water) are on. In most cases, this is a requirement of the real estate contract.• If you have a pet, they should be removed from the house during the inspection. It may seem funny to you, but some people are afraid of even the friendliest dog.• Make sure that all furniture  or stored personal items are not in front of electrical panel boxes, furnaces and water heaters. The inspector needs to get close to these appliances both to operate them and to read label plates that contain manufacturing dates and sizes.• Remove ... 10/08/2006
Comments 1

What a homebuyer might miss that an inspector won’t

By Shawn Martin
(Crosby Inspections)
Recalled systems: electrical panels, wall heaters, etc.Wood boring pests: which could lead to costly infestation.Incorrect installations: which may eventually need repair or fail completely: roof, floor structure, ceiling structure, etc.Improper insulation and ventilation leading to heat loss and/or wood rot.Improper or ungrounded electrical issues which could cause fire or electrocution.Drainage problems which could lead to mold and pests or even lead to an unstable structure.Improper venting of fireplaces and fuel burning appliances which could lead to air pollutants, illness, possibly fire.There are many issues that home inspectors are trained to look for. Even newer homes can have serious issues.If you have any questions, Please feel free to contact me. I will be happy to answer an... 10/05/2006
Comments 2

Some FAQ I Get About Home Inpections

By Shawn Martin
(Crosby Inspections)
What is a "Home Inspection"?  A Home Inspection is defined as: "...A visual examination of any or all of the readily accessible physical real property and improvements to real properly consisting of four or fewer dwelling units, including structural, lot drainage, roof, electrical, plumbing, heating and air conditioning and such other areas of concern as are specified in writing to determine if performance is as intended." Why do I need an inspection? There are several good reasons to get a home inspection. A home purchase is one of the biggest financial decisions of your life. Before investing so much money in a home, having an impartial third party take a look at it may help protect you from making an unwise decision and possible major expenses in the future. It is not wise to gamble ... 10/03/2006
Comments 2
<< Previous 1 2 … 114 115 116 117 118 119 120 121 122 Next >>
Explore Vancouver, WA
Vancouver, WA Real Estate Professionals