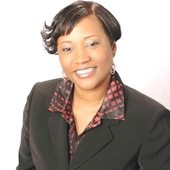 By DeAndrea "Dee Dee" Jones, DMVRealEstateChick
(Found It, LLC)
In the last few weeks since Christmas I must of had a dozen calls from Hampton Roads Navy personnel who received pink slips and are now scrambling to figure out what to do with their homes.  Many Norfolk Sailors who were let go as a part of the Navy's enlisted retention boards layoffs are now trying to figure out what is next for them.  If you have not heard Navy.mil reported that "a total of 2,947 sailors were given pink slips by the Navy late last year as part of an effort to reduce personnel in 31 overmanned ratings." Sources told the Navy Times that only a fraction of those sailors — roughly “300 to 350” will actually qualify to retire through the 15-year option.  So if only roughly 300 sailors who were cut through the fleet’s enlisted retention boards will receive the new, early 15... 01/28/2012
Comments 0
Explore Naval Base, VA
Naval Base, VA Real Estate Professionals