Ashburn Real Estate Market Update for Condos as of January 2008

By James Casamento, Helping you with every step!
Real Estate Market Update for Single Family Homes as of December 17th, 2007 for the Ashburn area:Available Single Family Home Inventory = 245 homes.Sold Price Range for 20147 and 20148 = Low $310,000 - High $900,000.New sold or under contract homes over the past 30 days = 64.Current absorption rate or average length of time an Ashburn single family home stays on the market is approximately 3.8 months down about a month since the September 2007 number.Home sales were more brisk over the past month with an increase from 55 homes to 64 homes.If you would like to know specific details about homes in your neighborhood check out the free MLS search on my website @ http://www.realestate777.com/ or feel free to call me at 703-728-7060.I am here for you every step of the way. - Jamie Casamento, ... 12/17/2007
Comments 0

By Danilo Bogdanovic, Real Estate Consultant - Loudoun and Fairfax County
(Market Advantage Real Estate)
Ashburn Farm in Ashburn, Virginia is a master planned community situated on 1370 acres in the west central part of Ashburn in Loudoun County, Virginia. It's well known for it's abundance of trees, greenery, trails and amenities. The majority of "The Farm" is located on what was originally the Gray Dairy Farm. Cavalier Land Development Corp., developers of Ashburn Farm, planned the community to blend with the natural rolling terrain, resulting in winding boulevards and lots of trees. Ashburn Farm is north of the Dulles Greenway and bordered by Belmont Ridge Rd to the west, Ashburn Rd to the east, and the W&OD Trail to the north. Construction started after the concept plan was approved by Loudoun County in 1986. Ashburn Farm has 1,807 single-family homes, 1,499 townhouses, 460 condominium... 12/16/2007
Comments 0 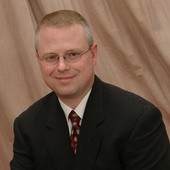 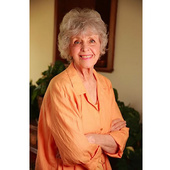 By Lenn Harley, Real Estate Broker - Virginia & Maryland
(Lenn Harley, Homefinders.com, MD & VA Homes and Real Estate)
LUXURY HOME IN ASHBURN VA READY FOR IMMEDIATE OCCUPANCY NEW HOMES IN INVENTORY IN LOUDOUN COUNTY ARE THE ANSWER TO MANY HOME BUYERS NEEDS.  New construction takes approximately 7-12 months to complete and deliver.  For home buyers in Loudoun County who are in the market for a home now, a builder's inventory home is usually an excellent buy when compared to resale homes.  Builders have reduced the base price of their models over the past year by an approximtely 10% or more.  Many of the homes are also discounted from the builders completed price for quick sale.  We toured new home sites in Ashburn this week and found a beautiful luxury home ready for a new family.                                  4,400 square feet plus full basement finished with recreation room and full bath.           ... 11/21/2007
Comments 5 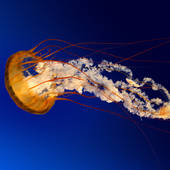 In and Around Brambleton, Ashburn, and Virginia: Store Hours Changes and Shopping for Groceries

By K. Davis
(Davis Enterprises)
This is just a little side note about our local grocery store chain HARRIS TEETER and their changes for the holiday weekend.While we are all scrambling to finish up our business details and get out last minute banking in, don't forget to take those few extra steps to get to the stores tonight to get your holiday fixins'. Here's the little email clip sent by our area store about a holiday hours change. Normally 24hours, Brambletonians have come to rely on the chain being open, and also on their cost saving promotions... "Weekly Specials: The specials from last week's Thanksgiving Ad will continue to be valid through Thanksgiving Day, when our stores will close at 2:00 pm. Click here to view the specials from that ad. Due to the extended Thanksgiving Ad there will be no advertised special... 11/21/2007
Comments 2

By Kae Davis
(EverythingAshburn.COM)
Hello All! Just a quick FALL note to our office staff to remind them of a few quick INTERNET tips and tricks. Join Active Rain. Read here, blog here, share helpful comments with other professionals across our nation. Upload your resume or portfolio at www.linkedin.com. It is a great way to network with other professionals or to recommend your clients professional services (note them as "Business Partners" and list them as clients and it does not limit your ability to write them personal or professional recommendations for whatever business area they are in; also, refer past co-workers. Not only are all these people professional associations, you may be delighted to read their profiles and be inspired to keep in closer touch or become even better friends. PROOFREAD YOUR STUFF. If the to... 11/17/2007
Comments 0

By K. Davis
(Davis Enterprises)
Hello friends! I was cruising the internet today and looking up information about my local area. As you all know, I am right outside DC in Northern Virginia. I am fortunate enough to live in and work around a wonderful newly developing town called Ashburn. In that, I am happy to be directly involved with many of our local neighborhood communities, including one of my favorites: a place called BRAMBLETON. The blog spot I found at brambleton.wordpress.com had a post by the writer "brambleton". To my chagrin and surprise the writer publicly said, "I wonder how Brambleton developer would like to categorize or promote shopping center as. Some how, it is not visualized to be an attractive destination. In fact, shops are not even similar to a strip mall where you would typically find nails, pa... 11/10/2007
Comments 0

By James Casamento, Helping you with every step!
Real Estate Market Update as of November 1st, 2007 for the Ashburn area:Available Single Family Home Inventory = 280 homes.Sold Price Range for 20147 and 20148 = Low $375,991 - High $2,194,656.New sold or under contract homes over the past 30 days = 55.Current absorption rate or average length of time an Ashburn single family home stays on the market is approximately 5.1 months up about a 15 days over the September 2007 number.Over the past month the number of homes sold or under contract remained virtually the same 55 (September) vs. 54 (October) however the number of available homes grew by 30 units.  The good news is that demand remains about the same here in Ashburn.  During the same period demand in the Sterling area has softened and this may be due to the tightening of the credit ... 11/04/2007
Comments 0

Have you Googled yourself lately?

By Kae Davis
(EverythingAshburn.COM)
You know that old saying, "All roads lead to Rome"? Well, in the modern age of technology, all Internet roads should lead to HOME. Your home pages, that is. If you haven't been paying attention to the Internet lately, you might want to take a look. Google yourself. Google our office. Google the agents you know. Taking the time to build your web pages and establish your professional associations in any industry. In our tech-crazed global nation, everybody under 30 has grown up Internet friendly. The last 15 years, professionals in all industries have been working actively with the Internet and rapidly advancing technologies. What you are seeing now from over 80% of home owners, qualified buyers, and renters is they are beginning to turn to the World Wide Web (www) as their first means of... 11/03/2007
Comments 6

Are you LINKED IN?

By K. Davis
(Davis Enterprises)
Hello everyone! I'm glad to see you here. If you haven't already, add me as a friend here. For additional networking, head on over to "LinkedIn". I'm looking forward to building a strong and supportive network of professional family and a global network of "Good Will" associations. Nice to see you, my friends! 11/03/2007
Comments 8

By James Casamento, Helping you with every step!
Market Update as of October 18th 2007 for Ashburn:Available Condos Inventory = 93 homes.Price Range for Ashburn =     Low price: $189,900     High price: $459,900New contracts average per month = 12.Current absorption rate or average length an Ashburn condo stays on the market is for over 7 ½ months.  Twice the rate of town homes in Ashburn and 3 months slower than single family homes in Ashburn. Average length of time on the market as of October 16th 2007 for condos in Ashburn: Brambleton = 5 monthsLake Shore = 6 monthsS. Glen @ University = 3.3 monthsSummerfield at Belmont = 7.5 monthsWestmaren = 2 ½ monthsNo sales were reported in the past 30 days in Ashberry, Ashburn Farm, Belmont Green, Four Seasons, Parkside at Ashburn, Potomac Green, Ridges at Belmont, and Sanders Mill. If you wo... 10/18/2007
Comments 0