By The Legacy Group, The LegacyGroup of CrossCountry Mortgage
(CrossCountry Mortgage)
Veteran’s Home Loans for Fairview Texas!!If you are reading this, you or a family member have likely served in our military.  First off, we would like to say a sincere “Thank You” for your service!  We recognize that not only do our Veterans sacrifice by serving, but their families do as well-, and we owe you all a debt of gratitude!One of the best benefits Veterans and their families receive due to their service to our great country is the VA home loan benefits.  We are going to outline just a few of these significant benefits in this article for you.Here are some of the major benefits you may receive by using your VA home loan benefits:*100% financing available- one of the very few loans available with no down payment!*Lower rates available than most loan programs- which saves you mon... 04/22/2021
Comments 0

By The Legacy Group, The LegacyGroup of CrossCountry Mortgage
(CrossCountry Mortgage)
Being a First Time Homebuyer in Fairview Texas makes you have to consider your options before you buy. The first thing you will need to consider is what your long-term goals are with being a home owner and how your goals fit in with that plan. One goal could be to stop paying rent that just increases after every lease you renew.Buying your own home first is one of the happiest times of your life! However, a lot of paperwork and time goes into it and finding a lender with great reviews will ease much of the stress. But, the satisfaction you get from your first home closing is something you will never forget! The benefits of being a First Time Homebuyer in Fairview Texas greatly outweighs renting for the following reasons:          Greater privacy.          Homes typically increase in val... 04/16/2021
Comments 0

By The Legacy Group, The LegacyGroup of CrossCountry Mortgage
(CrossCountry Mortgage)
There are many benefits to a VA home loan. It’s important to know how these loans can help you. First, thank you for your service to our country. According to the Mortgage reports, VA loans stand apart for its combination of low rates, lenient underwriting, and secondary benefits. These are 10 VA loan benefits in Fairview TX in 2020. These are:        No down payment on a VA loan        No mortgage insurance        VA loans have a government guarantee        Your ability to shop and compare VA loans        VA loans don’t allow a prepayment penalty        They come in many varieties        It’s easier to qualify for a VA loan        VA loan closing costs are lower        The VA loan offers funding fee flexibility    VA loans are assumable Backed by the U.S. Department of Veterans Affairs... 06/24/2020
Comments 0

By The Legacy Group, The LegacyGroup of CrossCountry Mortgage
(CrossCountry Mortgage)
Veterans now have access to a new VA renovation loan to refurbish or remodel their homes.  This loan program is available for new home purchases as well as for remodeling homes currently owned by the veteran.  It is estimated that over 50% of homes nationally are 40 years or older, and in the current housing market many homes are in need of updating, addressing deferred maintenance, or improving the energy efficiency of homes to lower utility costs.VA loan benefits include the following unique advantages:  a.  up to 100% financing, b.  no mortgage insurance, c.  up to $ 35,000 in renovation funds escrowed, d.  all renovations must be completed within 60 days of closing, e.  you can close on a purchase or refinance in the “as is” condition, f. you can borrow against the future value of t... 03/24/2020
Comments 0 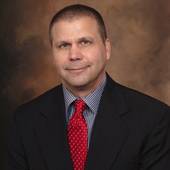 By Bob Jablonsky, We are the Tax Specialists for Realtors
(Bob Jablonsky & Associates)
Did you know that as a taxpayer who owes income taxes to the IRS, you may qualify for a payment plan that if all payments are made, will not completely pay your tax debt within the 10 years that the IRS has to collect income tax debt? Many taxpayers who come to our Richardson, TX tax office are not aware that this is possible. This installment payment alternative is called the Partial Pay Installment Agreement (PPIA).  The PPIA was created by the American Jobs Creation Act of 2004 which amended IRS Section 6159 to provide authority. Who Qualifies for the PPIA?Taxpayers may qualify for a Partial Pay Installment Agreement, when the calculated amount that a taxpayer can pay through an Installment Agreement, will not full pay their tax debt prior to expiration of collection statute of limit... 01/20/2020
Comments 0

By The Legacy Group, The LegacyGroup of CrossCountry Mortgage
(CrossCountry Mortgage)
The benefits of a preapproval (not prequalification) for Fairview TX Home Loans. Many consumers are not informed on the proper way for buying a home. No question, this is a big decision, and one that can be either immensely stressful- or immensely enjoyable- depending on how you go about the home buying process of Fairview TX Home Loans and the surrounding areas. The key is to take the proper steps to educate yourself on your buying power, initial investment, and taking some time to think about your lifestyle choices. This article will cover all of these.   Education   The steps necessary to purchasing a home in Fairview, Texas starts with getting pre-approved for your home loan. Notice we did not say get prequalified- in today’s world a prequalification is not meaningful. You should ch... 12/27/2018
Comments 0

By The Legacy Group, The LegacyGroup of CrossCountry Mortgage
(CrossCountry Mortgage)
Surrounding Fairview area is a prime area for 100% financing on a home loan. Fairview, Texas buyers can get 100% financing on new home purchases in close by areas.This 100% program is truly not just for rural housing but for most of the geographic areas surrounding Flower Mound, Texas qualifies for: - 100% Financing Available- Small Monthly Mortgage Insurance (.30% of loan amount per year)- Interest Rates are still very competitive compared to Conventional and FHA. The biggest benefit is no down payment to a USDA loan- true 100% financing- with long term, 30 year fixed rate loans. Low MI (mortgage insurance) compare it to FHA and Conventional and see the savings! Let's take a look at qualifying requirements for a USDA home loan: There are some geographic areas that do not allow for USDA... 06/05/2018
Comments 0

Fairview Residential Housing Sales For February 2016 Are Up 42%

By Bob Baesmann, DFW Team Realty | 972-978-8800
( DFW Team Realty)
Fairview home sales declined 47% this month, with 19 homes sold this January. Housing sales overall this year declined 47% relative to the same month last year, with 19 properties sold this year. Year-to-date new listings are at 28 total, which is a 3% dip relative to the same period last year. There were 28 new home properties listed this January. During January, the number of new listings in Fairview fell 3%. In total for this year there have been 0.0% listed homes under contract overall, which is a 0% gain relative to the same month last year. Listed homes under contract in Fairview climbed 0% this month, with 23 properties currently listed under contract this month. So far this year, the average home sales price for houses in Fairview was about $524,935, which is a 25% increase from... 03/18/2016
Comments 0