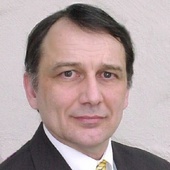 By Wayne B. Pruner, Tigard Oregon Homes for Sale, Realtor, GRI
(Oregon First)
Portland Aerial Tram is a Big HitBy Wayne B. Prunerhttp://www.yourhomeinportlandoregon.com/Waynes' Portland area Real Estate blogwww.activerain.com/waynepruner The Portland Aerial Tram is up and running, and the view is great. It even has it's own website, http://www.portlandtram.com/. This project had controversy with cost over-runs and neighborhood resistance. However, all seems well now. Construction phases became publicity events and there was a contest to name the cars. "Jean" and "Walt" won; after Jean Richardson, the first female engineering graduate from Oregon State University and Walt Reynolds, the first African-American to graduate from OHSU, then known as the University of Oregon Medical School. 03/07/2007
Comments 1

Fixers Flips and Rehabs Part 3b Doing the Project

By Herb Hamilton, Real Estate Broker ,CDPE, Downtown Portland
(RE/MAX Preferred Inc. Realtors)
This final chapter in this 4 part series is taken from my Blog at PORTLAND_FLIPS. Scheduling and monitoring the construction phase is both tedious and imperative if you ever intend to make a profit. As discussed in previous chapters there are several ways to get to the end. There are just some paths that are less bumpy to take. Keeping and adhering to a good schedule will not only allow you more freedom to explore opportunities overlooked in your earlier assessment, but it will also keep everyone else on track. Have fun with your project. Make sure that you write down in a journal sources of materials and names and numbers of contractors for future reference on your next project. For the complete Story follow the link above. Be sure to stop by my web site and check out these SOLD_HOMES ... 03/06/2007
Comments 0

By Herb Hamilton, Real Estate Broker ,CDPE, Downtown Portland
(RE/MAX Preferred Inc. Realtors)
Pardon ME if I give you the confused Dog look . But I ran into something a couple of days ago that definitely was perplexing. Do you have your ears perked up! While Surfing on the Net Looking at and for other agents web sites for the purpose of Linking to. A great way to get additional Exposure for your Listings by the way. I came across what appeared to be someone advertising a couple of properties for sale in and area that I really like. I made a quick enquiry by email and sat back to wait. The following day I received by email a list of about 20 properties for sale . They included such things as Price, descriptions, and address. It looked s if the message had been sent from somewhere in the Midwest. And because I am in Portland Oregon I immediately thought Investor dumping properties... 02/22/2007
Comments 8

Everything You Wanted to Know About Portland

By Tony and Libby Kelly, CRS, ABR, ePro, SRES, CLHMS, CDPE
(Keller Williams Realty Portland Premiere)
Portland itself was founded by two Easterners, Francis Pettygrove and Asa Lovejoy. Pettygrove was from Portland, Maine. He came to Oregon in 1842 by ship with his sister, Mary, and Mary's husband, Philip Foster. Mary Foster brought with her a lilac start which survived the journey and is still growing in front of the Foster House on the Barlow Road in Eagle Creek. Lovejoy was an overlander from Boston. He came to Oregon with the Elijah White party of 1842, guided Marcus Whitman east that winter, and returned to Oregon with the Great Migration of 1843, the wagon train that is generally considered to have opened the Oregon Trail.  The original inhabitant of what was to become Portland was William Johnson. He settled there in 1842, but he had no intent to establish a city and soon moved a... 02/06/2007
Comments 0

By Herb Hamilton, Real Estate Broker ,CDPE, Downtown Portland
(RE/MAX Preferred Inc. Realtors)
So the question is what is the difference between remodeled and reahabbed ? In general the person that has done the work and describes it as a remodel job has given you a BIG CLUE. In essence the re-modeler can be anyone with any amount of experience. The re-modeler generally is a person though that tackles a single task in a home or several tasks in a home using current products on the market to either create a new space or redo a space that either does not work or they would like to see work better or in a different way. The rehabber however could tackle the same job but would prefer to do a complete makeover of the entire project rather than 1 or a few spaces. The rehabber will also search hi and low for products that match the vintage of the home in order to keep the original flair ... 02/03/2007
Comments 3

By Tony and Libby Kelly, CRS, ABR, ePro, SRES, CLHMS, CDPE
(Keller Williams Realty Portland Premiere)
The Associated Press has named the decline in the nation's housing as its number one financial story of 2006, followed by the trial of Enron's corporate officers, the decline of the auto industry and an internal spy scandal at Hewlett Packard. "At the housing market's peak, buyers rushed to open houses, blank checks in hand," the wire service said. "Lenders gave big-money mortgages to people who could barely afford their monthly payments. That ended in 2006, when home builders scuttled projects, walked away from they'd hoped to develop and would-be buyers canceled orders."Part of the decline in the Portland market was due to what I would call a self-fulfilling prophecy.  Buyers were inundated with these story and they simply assume that the housing slow down applied to their area as wel... 01/31/2007
Comments 0

By Max Sinclair
(Prudential NW Properties)
Well, the verdict is out.  Though 2006 is not as spectacular as the previous few years, the Portland real estate market still finished with a 14% overall appreciation.  In some areas like Milwaukie and parts of SE Portland, the growth rate is as high as 20%.  The last quarter of 2006 was indeed somewhat slower than the other 3 quarters.  The market was bogged down by the news of Intel layoff and the softening of the Californian market.  As a result, a lot of buyers were holding back their purchases and listings were sitting on the market longer than expected.  When listings sit, sellers panicked and started to unload at lower prices.  This then caused prices to drop.  Unlike the Californian market, our market price in Portland dropped only slightly creating a soft landing.  In December ... 01/26/2007
Comments 2 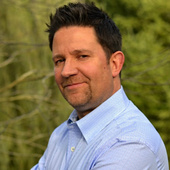 A Trusted and Experienced Mortgage Broker

By Scott Munds, CMG Financial, NMLS# 272506
(CMG Financial NMLS#1820)
My passion is helping you buy your first home, your next home, and your dream home! Better still is helping you with mortgage loans that payoff all of your credit cards and give you financial freedom! Too few people consider applying for a mortgage loan, whether for a purchase or a refinance, to be a great experience. I intend to change that perception for as many people as I can meet and you can refer. Mortgage lending is more than taking applications and processing paperwork. For me, mortgage lending is about earning the privilege to become your Mortgage Advisor.  As your Advisor, I become a trusted resource for current mortgage information and give you practical advice that is relevant to your mortgage needs and financial plans.  "Thinking outside the box" is the best way I can truly... 01/05/2007
Comments 1 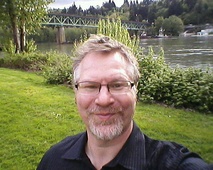 By Timothy Butterworth
(Taking a break )
Here are some helpful links for those that are looking to make a move to Porltand Oregon, I will update it as I find more.Looking for a real estate agent? Contact me.The City of PortlandThe Oregon Story Where is Portland in Oregon? Portland MapsSites of InterestPortland Saturday Market The Oregon Zoo OMSI Port of PortlandPortland InfoSBA OREGON This site is very useful if you are looking to start a business in oregon.Bluesfest on the waterfrontPortland Bands    Portand Bands IIMt hood Jazz festNeighborhood LinksClimate Information ART! First thursday art runArt on Alberta ReBuilding Center  Volcanos in Portland Portland Parks and Recreation Snow/Ski Report    and   Timberline Lodge ODOT Tripcheck World Forestry Center The Business Journal Powell's Books Oregon Convention Center Craig'... 09/21/2006
Comments 3
<< Previous 1 2 … 84 85 86 87 88 89 90 91 92 Next >>
Explore Portland, OR
Portland, OR Real Estate Professionals