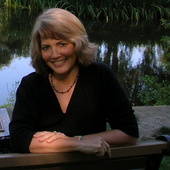 By Colleen Bergsma
(Colleen Bergsma Real Estate)
It's that time of year again.  The summer heat has put the finishing touches on the wheatfields and wheat harvest has been underway in Wasco and neighboring counties for the last several weeks. Things got started a little later than usual this year due to the cold rainy spring, however the extra rain has produced an above-average crop. With drought and wildfires in Russia causing them to ban exports for the rest of year and bad weather in Canada, there is a greater demand for U.S. wheat so prices are also above average.  That is welcome news for local farmers and ranchers who have had a lot of ups and downs over the past several years. Wheat prices shot up in July as Russia, the world's #3 wheat exporter, saw one-fifth of their wheat crop destroyed by severe drought and raging wildfires... 08/26/2010
Comments 2

By Colleen Bergsma
(Colleen Bergsma Real Estate)
Last weekend marked the 40th anniversary of the Dufur Threshing Bee in Dufur, Oregon, one of the few events of its kind in the country.  At the "Bee" visitors can watch horse-drawn antique harvesting equipment being used in the fields. This is the only threshing event that uses horse-drawn machinery and demonstrates each step of the process from cutting standing wheat to sewing up bags for shipping.  The event was founded 40 years ago by Everett Metzentine and Bob DePriest.  To mark this years anniversary the families of both men were honored as Grand Marshalls at the Saturday morning parade.      In the late 1800s, harvesting a wheat crop was a difficult process. It often took teams of 32 horses to move the harvesting equipment. Farmers hired harvest crews and worked long hours.  Their... 08/17/2010
Comments 2
Explore Dufur, OR
Dufur, OR Real Estate Professionals