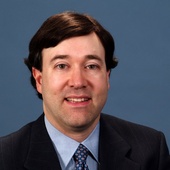 Is mortgage interest on a mortgage deductible?

By FN LN
Is mortgage interest on a mortgage deductible? Many individuals who live in Ontario want to know if interest on a mortgage is deductible on the annual federal and Ontario individual income tax return filed with Canada Revenue Agency. As of the date of writing, interest on mortgages is only deductible in SOME circumstances. It depends on how you are using the funds received from the mortgage. The law in Ontario is constantly changing.  In addition, litigation in court cases throughout Canada can and does change the interpretation of the law with respect to mortgage deductibility.  It is not always easy to determine whether interest on mortgages can be deducted. If you are an American citizen, you will also need to take into account American federal law and possibly state law.  If you are... 11/08/2010
Comments 13

By FN LN
GO Transit Bus Service Changes Effective September 4, 2010 Effective Saturday, September 4, 2010, GO Transit is making changes to the bus schedules for service between Stouffville and Union Station. These changes include: New weekday southbound trip from Lincolnville Station to Union Station Additional weekend and holiday service between Lincolnville and Union Station in both directions. Refer to the GO Transit website to obtain the updated schedule.  Alternatively, you can obtain the updated schedule from GO Transit bus and train stations as well as on many GO buses. Changes to other GO Transit bus routes are also taking place.  Contact GO Transit for further details. 08/31/2010
Comments 2
Explore Stouffville, ON
Stouffville, ON Real Estate Professionals