By David M. Childress, I would love to be your Realtor® in Akron Ohio!
(Howard Hanna Real Estate Services)
Akron Ohio Home Owner's Springtime Checklist       There’s nothing like being able to bask in the warm glow of well-being a Akron, Ohio homeowner gets after finishing a thorough spring cleaning. It's especially true when you realize how important the annual ritual can be in protecting your greatest asset: your Akron Ohio property.   That warm glow results from doing more than just cleaning your home's interior, though. It involves maintaining the property in the ways that will prevent having to take more costly steps later. There are three different tasks you can complete to get your home ready for the warm weather that's on the way. If you follow these basic tips, your home will be looking its best – and the resulting beauty will be more than skin deep.   One of the most overlooked a... 05/12/2012
Comments 2

By David M. Childress, I would love to be your Realtor® in Akron Ohio!
(Howard Hanna Real Estate Services)
On April 18th, 1775 the midnight ride of Paul Revere took place. Dr. Joseph Warren instructed Revere to go to Lexington, Massachusetts to let Samuel Adams and John Hancock know of the British approach. As he rode he shouted out warnings to the patriots that "the British are coming". After delivering his message Revere was joined by William Dawes and Dr Samuel Prescott. These three riders decided to continue their warning ride to Concord where weapons and supplies were hidden. All three were arrested by British Patrol. Dawes escaped right away, Prescott soon after and Revere was finally released after some time.   Arts / Theatre / Music 4/16/2012 Woodridge Art Show Peninsula Library 4/16/2012 Monthly Workshop Summit County Songwriters Circle 4/16/2012 Faculty Tubist Tucker Jolly Schoo... 04/16/2012
Comments 0

By David M. Childress, I would love to be your Realtor® in Akron Ohio!
(Howard Hanna Real Estate Services)
On March 22, 1894, the first championship series for Lord Stanley’s Cup is played in Montreal, Canada. The original trophy donated by Lord Stanley was retired in 1962. Since then only one trophy has served in its place, making this the only major sports trophy that is not reproduced each year. The winning team is allowed to hold on to the trophy for one year. It is inscribed with the name of each player, coach and front-office employee. Each person is given 24 hours in which they can take the trophy anywhere they would like, along with its full time escorts provided by the Hockey Hall of Fame.    Arts / Theatre / Music 3/19/2012 Academy Award Movie Night Twinsburg Public Library 3/19/2012 Celebrate National Craft Month Nordonia Hills /Akron-Summit County Public Library 3/20/2012 Ename... 03/21/2012
Comments 0

By David M. Childress, I would love to be your Realtor® in Akron Ohio!
(Howard Hanna Real Estate Services)
Did You Know?...On January 13th, 1964 the Beatles’ first single in the United States "I Wanna Hold Your Hand" was scheduled to be released. Because of popular demand, the release date was moved up to December 26th, 1963 by Capitol Records and sold one million copies in the first three weeks.   I still remember exactly where I was in my Akron Ohio Home when I first heard this song on my "transistor radio"!Here is what’s happening this week in our Akron and Summit County Ohio area.     Arts / Theatre / Music 1/9/2012 Battle of the Bands 2012 Akron Area YMCA 1/9/2012 Fused Glass Jewelry at PAA Fine Art Services/Peninsula Art Academy 1/10/2012 Stitch Clique Nordonia Hills /Akron-Summit County Public Library 1/11/2012 Glass Fusing 1 at PAA Fine Art Services/Peninsula Art Academy 1/12/2012 ... 01/09/2012
Comments 0

By David M. Childress, I would love to be your Realtor® in Akron Ohio!
(Howard Hanna Real Estate Services)
Why are Firestone Park Ohio homes unique? Many of Akron Ohio's communities were formed and built in the early 1900's to accommodate the many workers in the rubber shops busily making tires for Henry Ford's new invention, the car! Ford was a good friend to Harvey Firestone. We had Firestone, Goodyear, Sieberling and General Tire among other smaller ones that were absorbed or disappeared. This story is about Harvey Firestone's vision. Firestone Park Homes!  This is the "Heart" of Firestone Park Ohio, the park, naturally! If you look at the center, it is shaped in the likeness of the well known brand, the "Firestone Shield." You can see it is surrounded by well cared for, Firestone Park homes. The plant itself is walking distance from here and all of Firestone Park residents, which is what... 12/14/2011
Comments 2

Can you get a deal at a sheriff auction?

By Mike Walker, Full time REALTOR in the Akron/Cleveland area
(eXp Realty LLC)
Sure you can if you know what you're looking for. What do you look for? Or a better question, what should you look out for? There are risks involved when purchasing a home at a sheriff auction and here are just a few: you're buying "as-is" so you won't be able to inspect the home, in fact - you might not even be able to enter the home until it's yours, and then you might find some uninvited guests or "squatters" or even the old homeowners that you'll have to evict after you close. Does the home even have copper plumbing? It get stripped out of some of higher end homes too. Just a lot of unknowns. Does that mean you should walk away or run from a sheriff auction? Not necessarily, you just have to do your homework. You might have to run to the bank, however. Remember, bad things happen to... 09/02/2011
Comments 0

By Tony Morganti, CRS, ABR, SRES - Cuyahoga Falls, Stow
(RE/MAX Crossroads in Cuyahoga Falls and Stow, Ohio)
Father's Day: 54th Annual Classic, Antique & Collector Car Show Car Show The theme for 2011 is “Year of the Chrysler" and the “Inner Circle” features Chrysler Town & Country cars from the 1940s. One of the oldest car shows in America, the 54th Classic, Antique, & Collector Car Show at Stan Hywet is an annual Father’s Day tradition and takes place on Sunday, June 19 from 9am – 4:30pm. This show features classic, antique and collector cars –more than 350 automobiles manufactured between 1896 and 1978 will be on display in 25 separate classes. Judges will award prizes in each class for first, second, and third place. The “Inner Circle” cars are Full Classic® cars and the manufacture of each car is documented, including the original owner. This year, the Inner Circle features Town & Countr... 06/17/2011
Comments 5

By Tony Morganti, CRS, ABR, SRES - Cuyahoga Falls, Stow
(RE/MAX Crossroads in Cuyahoga Falls and Stow, Ohio)
The top 100 student rocketry teams nationwide have been announced and three of those teams are from St. Vincent St. Mary High School in Akron, Ohio.   What is Rocket Team? The STVM Rocket Team is a group of students who use engineering, math, science, and problem solving skills to construct, maintain, and launch rockets with the hope of reaching the National America Rocket Challenge Top 100 competition.  At this competition, the 100 schools qualifying will compete for over $70,000 in prizes. Teams Alpha, Delta & Echo were named national finalists and will compete for top honors on May 14, 2011 outside of Washington, DC in Manassas, VA.  Only 5 teams from all of Ohio qualified and 3 of them are from STVM. The finalists include teams from 33 states who qualified after months of preparatio... 04/19/2011
Comments 3

By Tony Morganti, CRS, ABR, SRES - Cuyahoga Falls, Stow
(RE/MAX Crossroads in Cuyahoga Falls and Stow, Ohio)
At Akron's St. Vincent-St.Mary High School boys basketball is a very high profile sport, mostly because of the three titles they won in four years during the LeBron James era a decade ago.  But these days the current edition of the team is forging their own legacy as they are about to play for their second state crown in three years. On Thursday the Fighting Irish of St. Vincent-St. Mary outplayed the Columbus Bishop Hartley Hawks by a score of 49-44 and charged into the the Division II state championship game. The Irish, who have won 8 straight and 12 of 13 improved their overall record to 18-9 and now move on to the state title game on Saturday morning at 10:30.  They will be facing Dayton Thurgood Marshall (22-5) a 68-66 winner over Toledo Rogers in Thursday's second semifinal. This ... 03/24/2011
Comments 1 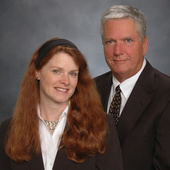 By Mike and Linda Hale
(Century 21 HomeStar)
Mike and I recently joined Keller Williams Chervenic Realty in Fairlawn and just finished holding our first Millionaire Real Estate Investor's Workshop. The material is great for beginner investors and even experienced investors can get some good info from the book. We kind of threw the presentation together at the last minute so it was nice that Keller Williams provides a strong PowerPoint presentation. The best selling book by Gary Keller is a great "take away" piece and the accompanying workbook makes a good place for the guests to jot down notes, contact info, etc. We put a lot of our preparation off till the last minute, and then had a major snow storm last night, so we were scrambling to get organized. We couldn't find a screen for the PowerPoint and had to present on a small wall... 02/22/2011
Comments 0 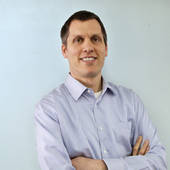 Job Opportunity for a University of Akron Student

By Josef Katz, {Marketing Maestro}
(Digital and Direct Response Marketing)
If you know a University of Akron Student looking for work please pass this along. StraighterLine is looking for students from The University of Akron to promote and implement marketing initiatives on their campus. This position allows you to set the hours and amount of work you are able to do while still going to school full or part-time. It is an opportunity to use your innovative ideas and marketing techniques, while also helping your friends and peers find a more viable and cost effective way to a college degree. You can also make some good money and get work experience in the process. We are hiring Campus Representatives right now to start promoting StraighterLine courses on The University of Akron campus. Compensation is generous and there are many opportunities for additional bon... 02/06/2011
Comments 0 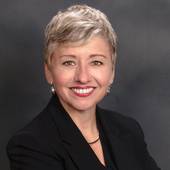 It's Time to Present the First Ever GRIDLOCK award to....SUNTRUST MORTGAGE!!

By Ro Reed, Turning Your Dreams Into An Address!
(RE/MAX Crossroads)
It's funny how the more things change, the more they stay the same, isn't it?  And, of course, it's infuriating!  Four months ago I met a wonderful couple needing to sell their home as a short sale.  I listened as they related the nightmare they'd been through with their lender, SunTrust Mortgage.  Having learned that many homeowners color themselves as victims when they may not quite fit the description, I chose to adopt a "wait and see" attitude as I'd not yet had the pleasure of dealing with this company. Ah, let the games begin.  My first indication of how special an institution they are, came when they told me, afgter having sent the complete package repeatedly, that I was missing the "arms length affidavit."  I explained that we were shorting an FHA loan, did not need to have an o... 08/13/2010
Comments 5