Getting Ready to Sell Room by Room - Outside the Home

By Shannon Aldrich, NH & Maine Real Estate Seacoast
(Keller Williams Coastal Realty)
Before anyone sees the inside of your home thay already have formed an impression based on the outside. "Curb Appeal" is what the potential Buyer sees your home as they pull up in the car. Simple things are where you start - put away the trash cans; get rid of cars in the driveway (especially if they are not registered to drive anymore); trim the bushes and trees aways from walkways and windows; and finally put away the plastic children's toys. Don't let your agent take a picture of your home with cars in the driveway and trash cans on the street. That is the major picture that everyone on the internet will be seeing. You only get one chance with impressions from the curb whether it be in the car or on the computer. Many agents send their Buyers out to do drive-bys. This is when they de... 03/11/2008
Comments 2

By Shannon Aldrich, NH & Maine Real Estate Seacoast
(Keller Williams Coastal Realty)
Is your fuel GREEN...asks Simply Green the local company in Stratham, NH that is selling B5, a blend of 5%biofuel and 95% standard No. 2 heating oil. Regular No. 2 heating oil mostly comes from the Middle East but Simply Green incorporates soy oil grown right here in the United States. Other biofuels are being tested that include flaxseed, corn, cow manure and turkey waste. Industry studies show that biofuel burns cleaner than No. 2 alone, adds life to a heating system and reduces service calls.Best news is you can use it in your existing home heating system without making any alterations. Biofuel studies have been conducted by the Brookhaven National Laboratory and the US Department of Energy demonstrating the B5 biofuel functions satisfactoriy in home and commercial heating systems "w... 01/30/2008
Comments 0 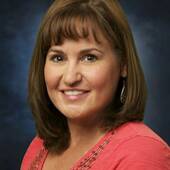 By Sue Melhorn, Licensed in NH, ME and FL!
(The Bean Group)
Do you need extra garage space AND a great home to live in?  If so, this may be just the place for you.  All in beautiful Stratham, NH on the New Hampshire seacoast!   This home has been remodeled so it is just like new!  The kitchen has been updated to include Corian countertops, birch cabinets, gleaming oak floors and all new appliances.  The bathrooms have updated vanities and plumbing fixtures.  The entire home has been painted inside from top to bottom and the roof and heating system are only 5 years old too!There are three bedrooms and 1.75 baths in this home with almost 1,800 sq. ft. of living space.  There is also a finished area in the lower level with a wood burning fireplace.  This room makes a wonderful family room or it could be used as an in-law apartment with walk-out acc... 12/24/2007
Comments 14

By Sue Melhorn, Licensed in NH, ME and FL!
(The Bean Group)
Since I live in the lovely town of Stratham, NH, I thought it was about time I blogged about it!  Stratham is located in the heart of the Seacoast of New Hampshire.  It encompasses 15 square miles and is situated within easy access to major commuting routes (101, 33 and 95) which will take you to Boston, MA, Manchester, NH or Portland, ME.  Stratham is also about a 15 minute drive, depending on where you are, to the port of Portsmouth. To give you a bit of history, Stratham was settled in 1631 by Captain Thomas Wiggin, who became the first governor of New Hampshire.  Stratham was the sixth town to be incorporated into the state in 1716. The Stratham area, originally called Winnicutt by the Pennacook Indians, and was also known as Squamscott Patent or Point of Rocks because of its locati... 03/23/2007
Comments 2

AT HOME in Stratham New Hampshire

By Ann Cummings, Portsmouth NH Real Estate Preferrable Agent
(RE/MAX Shoreline - NH and Maine)
AT HOME IN STRATHAM NEW HAMPSHIRE - Stratham is a small town, covering about 15 square miles, next door to Exeter and Hampton, and is just about 10 minutes from Portsmouth.   The current population of Stratham is about 7,000 residents.  Stratham was settled in 1631, and became it's own incorporated town in 1716.  At that time, it was the 6th town in New Hampshire to be incorporated.Stratham is home to rural working farms, new and newer home subdivisions and condominium  complexes, some smaller shopping centers, and wonderful peaceful country scenery.  The townspeople have done a very nice job of balancing quiet residential neighborhoods and commercial development.  Right alongside all of that are bucolic rolling farmlands.Stratham is home to Stratham Memorial School, which covers pre-sc... 03/04/2007
Comments 19
<< Previous 1 2 Next >>
Explore Stratham, NH
Stratham, NH Real Estate Professionals