How to Find a Second Home 8 Tip Checklist

By Shannon Aldrich, NH & Maine Real Estate Seacoast
(Keller Williams Coastal Realty)
Here is a handy checklist to help you decide if a second/vacation home is right for you. Number One - What's Your Motivation? Are you looking for a vacation home for just you and your family? Or as an investment property that you will rent out over the summer months weekly or just as a winter rental? Or is this where you see yourself retiring someday? Usually the answer is a mix of these but don't go any farther until you have sorted this one out. How Far from Home Are You Willing to Travel? Fly or Drive? With the ever increasing energy costs this is more important than ever. But it has always been right up there in considerations for a second home. Too far away and you will rarely visit - too close to home doesn't work either. How close is it to friends and family? About 100-200 miles ... 09/04/2008
Comments 1 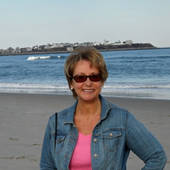 A swan by the side of the road in Rye NH

By Monika McGillicuddy, Southern NH & the Seacoast Area
(Berkshire Hathaway HomeServices Verani Realty)
Did you know that they bite? I didn't and thank god I didn't because I probably would not have stayed there and filmed. We were on our way to Portsmouth NH to have lunch with Ann Cummings when a thick fog bank rolled in and covered everthing. Up in Rye on the side of the road we encountered a huge white swan, several little ducks and a sky rat (seagul) all playing in a swamp covered in lily pads.  I shot a few short videos and posted them on my outside blog. If you want to watch them click here>>> http://monikamcgillicuddy.com/wordpress/ It was a sight to see! 06/21/2008
Comments 23

By Ann Cummings, Portsmouth NH Real Estate Preferrable Agent
(RE/MAX Shoreline - NH and Maine)
Rye NH Real Estate | Rye New Hampshire Homes This past year for homes in Rye New Hampshire, we saw some interesting real estate statistics.  The homes for sale were down as was the average listing price, but the total number of sales was up and the average selling price was up as well.  Given the climate of the real estate market in general for 2007, that's pretty darn good!In the market we've been in, and are still experiencing, sellers MUST pay very close attention to what the market is saying about pricing.  Those who sold this past year or so priced their properties appropriately for the market at that point in time.  It's always important to properly price any property, and it will remain ever more important this year as well.      Sales of Rye NH homes sold in 2007 was up from 200... 01/19/2008
Comments 6

By Shannon Aldrich, NH & Maine Real Estate Seacoast
(Keller Williams Coastal Realty)
It's a Bug's Life  By Shannon Aldrich, Keller Williams Coastal RealtyTermites get all the glory but here in New England we have other bug's to consider as well. Carpenter ants and carpenter bees are tops on this list. These wood boring bugs don't care if the wood is inside or outside the house. To them it's just a place to nest. And they do serve a much needed purpose in the environment because they nest in dead trees and quicken the decay of the wood. Insects like vacation homes as much as you and your guests do. Because they are vacant much of the time, the bugs have free run of the place. And they certainly party it up when you are not around.Carpenter AntsThey can be mistaken for termites in the early spring when they swarm in vast numbers. You can tell the difference because the fr... 11/05/2007
Comments 5

AT HOME in Rye New Hampshire

By Ann Cummings, Portsmouth NH Real Estate Preferrable Agent
(RE/MAX Shoreline - NH and Maine)
Rye Town Hall                                  Rye NH Town Logo                       Rye Bethany ChurchAT HOME IN RYE NEW HAMPSHIRE - Rye is a beautiful scenic small town located right on the coast of New Hampshire.  We have the smallest coastline in the country, but it's beauty nonetheless!  As New England is known for, we have some rocky coastal areas as well as some beautiful sandy stretches of beach, too.Our coastline offers some wonderful scenery and beautiful peaceful settings along the coastal route of 1-A which follows the ocean.  You'll find great fishing spots, as well as whale-watching trips and deep-sea fishing cruises in Rye Harbor.  The drive along Route 1-A, Ocean Boulevard, is so tranquil, it just really can soothe your soul.  There are... 02/14/2007
Comments 6

By Ann Cummings, Portsmouth NH Real Estate Preferrable Agent
(RE/MAX Shoreline - NH and Maine)
Rye New Hampshire Real Estate  WELCOME to Rye New Hampshire!!   Rye is a pretty little town right on the coastline of New Hampshire.  Our coast is only about 16 miles long, from the Massachusetts border to the Maine border.  And Rye is one of our four NH towns right on the ocean!  Of the 16 mile long coastline we have, Rye covers 8 of those miles. Rye was first settled in 1623, and was actually the first settlement in the state.  Rye was named for the small borough of Rye on the English Channel.  The current population is about 6,000 residents, with the average age of Rye residents being in their late 40's.Although New England, including New Hampshire, has mostly rocky coastlines, Rye has some beautiful sandy beaches - Wallis Sands and Jenness Beach are 2 of them.  Ordiorne State Park i... 11/29/2006
Comments 7

By Ann Cummings, Portsmouth NH Real Estate Preferrable Agent
(RE/MAX Shoreline - NH and Maine)
This year there seem to be far more homes and businesses around my area, Portsmouth New Hampshire, that are really getting into decorating for Halloween this year.  Anyone else seeing that in their areas?Here are some pics from one home in a little town right next to me, Rye New Hampshire:                                    These are all out in front of ONE house!  And they all have lights in them, too.  I can't wait to go back by this house at night so I can see what this looks like all lit up in the dark.   If the night-time pictures come out well when I do finally make it by there in the dark, I might just have to share those here, too!  We've got some other really cool decorations around the area, too....might have to share some of those as well!   ;-)Ann Cummings 10/23/2006
Comments 4
<< Previous 1 2 Next >>
Explore Rye, NH
Rye, NH Real Estate Professionals