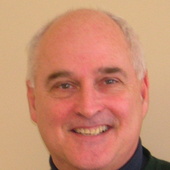 By Ron Fredette, I can help you!
(KW Commercial NH + Mass)
Where can you go to a great night out to the movies and pay only $3.50 a ticket? Well in order to boost attendance the Hooksett Regal Theater is now offering movie tickets for ½ price. Yes, that's right ½ price! Located across from target on exit 10 off Rte 93 in Hooksett, NH. There is a tremendous lineup of movie titles to view on the big screen. By offering a lower price on 2nd run slightly older films a family of 4 costs just $14 for the night. Located at 100 Technology Drive you can go online at www.regalmovies.com or call 603-644-3456. 09/26/2008
Comments 0

By Ron Fredette, I can help you!
(KW Commercial NH + Mass)
The Dark Night at the IMAX NH's first and only IMAX Theater opened in early 2007 at Cinemagic 15 Theater in Hooksett, NH. This movie was great and and with a new facility makes the evening even more exciting. Opening night for "The Dark Knight" was totally sold out, so we had to advance purchase tickets for Sunday. My wife and I were like kids again. I think the fact that we had to advance buy the tickets made the anticipation ever more exciting. Parking was no problem, but the new huge lot was ¾ capacity. Entering the facility with so many people created additional excitement. As we approached the theater, the ticket taker was costumed in...you guessed it as "The Batman" My wife told me to get there ½ hour early, but I thought what's the rush. Boy does she love to say..."told you!" Arr... 08/27/2008
Comments 0
<< Previous 1 2 3 4 5 6 7 8 9 Next >>
Explore Hooksett, NH
Hooksett, NH Real Estate Professionals