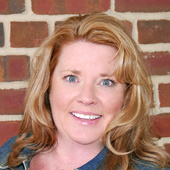 The Old and the New -- Union County Courthouse

By Libby Offnick, ABR, e-PRO, SPS
(RE/MAX Executive Realty)
Yesterday while riding home from Union County I remember that in the late 1970's there was a group of invenstors (or something) that wanted to build a parking lot in place of the Old Courthouse.  The Courthouse was built in 1927 and operated until 1971 when it was replaced by a new, and at that time, contemporary building.  There was such a firestorm of support that the Courthouse was saved and reopened with county offices in 1986. This is the Courthouse today What a loss this would have been for the County.  It has been the backdrop for a hollywood movie and is so rich in history.  Why do we think that we can improve of what our ancestors built?   04/20/2009
Comments 1

Union County NC Schools: Just How Good Are They?

By Terry Connell-Davis, CRS.GRI
(KELLER WILLIAMS REALTY)
PRESSON FARMS in Monroe, NC - 1128 Presson Farm Lane - Approx. 3000 SF with state-of-the-art horse barn! Bring the horses!!! Beautiful equestrian retreat! 6.77 acres of unforgettable beauty. The meticulous landscape itself is sure to impress at first glance. The pride of ownership shows here with priceless Japanese maples and professioinally designed landscaping.  The treasure this home offers is a 4 stall state-of-the-art barn with huge tack room and wash bay. Just outside the barn you'll find plenty of fenced pasture area to enjoy the horses grazing. From your covered front porch you can admire the open acreage with horse jumps. The front porch is ideal for rocking chairs and boasts brick pavers and dynamic brick work. This home is situated off the road up a long drive where you'll fi... 10/17/2008
Comments 0

By Judi Downing Real Estate Properties in Charlotte & Union Co
(Keller Williams Realty)
One of my favorite times of the year. Finally it is starting to cool some and I love to decorate my home for fall. I try to do it around Labor Day weekend. This way I can enjoy my decorations up until the day after Thanksgiving them it time to do Christmas.  Get creative. Don't just do a little inside take your creative style outside for your neighbors to see. I like to do fall silk flowers on my mailbox. We have brick columns at the end of our driveway so I put a fall spray of flowers and leaves along with fall ribbons around each light on the columns, you gotta put out a Scarecrow, some mums a few pumpkins. I have toparies on each side of my front door so I utilize them as well. Just get creative, look in magazines, visit your local craft stores and have fun.   08/30/2008
Comments 5

By Judi Downing Real Estate Properties in Charlotte & Union Co
(Keller Williams Realty)
Lake Twitty is a 400 acre lake owned by the city of Monore. Mostly pontoon boats. Many of the homes located in the subdivisions around Lake Twitty have docks.  Minutes to downtown Monroe, and convient access down Hwy 74 to I-485. Enjoy Union County taxes. Want to know more contact me at 704-219-2417 or email me at  jdowning@kw.com Lake Twitty, owned by Monroe, is a 473-acre water Boats limited to less than 20 feet with 20-horsepower engines or less. What's biting: Largemouth bass, with many 4- to 8-pound individuals; bluegill in the 6- to 8-inch range; catfish, pumpkinseed sunfish.   07/19/2008
Comments 0

About Monroe's Legacy On The Lake

By Judi Downing Real Estate Properties in Charlotte & Union Co
(Keller Williams Realty)
One of Monroe's best kept secrets!! This small subdivision has about 20 custom built homes is located on Lake Twitty in Monroe NC.  Lake Twitty is a 400 acre lake.  Most homes are on a least .92 of an acre. Large lots. Only minutes to I-485 with lower union county taxes. Want to know more give me call or email me. I am the neighborhood expert! 07/13/2008
Comments 0

By Charlotte Home Loans Your Charlotte Mortgage Lender
Wishing all who read this a great Holiday Season and a tremendous 2008. To those I have worked with and worked for, thank you for a great 2007. For those of you that I have not yet had the pleasure of meeting, I look forward to meeting and working with you / for you in 2008.God bless you and your family this holiday season.-----------------------------------------This Holiday Wish is brought to you by Ed Nailor, of The Ed Nailor Mortgage Team. Dedicated to educating, inspiring and assisting in the American Dream. - "when time and money really matter"Ed Nailor We know Charlotte Mortgage Loans704-651-8704 Phone or visit http://www.ednailor.com/ 12/24/2007
Comments 0

Great Reasons to Buy a Home in Monroe!

By Charlotte Home Loans Your Charlotte Mortgage Lender
Now is the best time to buy a home in Monroe. Why? There are several good reasons:Mortgage Rates in MonroeMortgage rates in Monroe are the lowest they have been in years and will be rising soon. Fannie Mae and Freddie Mac have already announced changes that will impact home loan rates and cause them to jump. Experts, including myself foresee this happening very soon, so locking in a low mortgage rate now would be a great move allowing you to get the best home loan!Homes for Sale in MonroeRight now, there is a great selection of homes for sale in Monroe. This has created a buyer's market in Monroe that we have not seen in a very long time! By acting now, you may get the best deal in Monroe real estate that you will ever get. Sellers are Negotiating Deals in MonroeThis means that in addit... 12/02/2007
Comments 0

By Charlotte Home Loans Your Charlotte Mortgage Lender
An interesting article appeared in Friday's Charlotte Observer. Due to copyright laws, I can not do a simple copy/paste, so I will do my best to summarize for you. The article can be found online at http://www.charlotte.com/, at least for the time being.In an article titled "Price trends? Area stats among nation's best", columnist Allen Norwood brings out some very interesting details. According to this article, the National Association of REALTORS (NAR) issued a press release that had said that in the South, the Charlotte region (known as Charlotte-Gastonia-Concord) had the strongest SFR price increase. The current average according to the information was at $220,100 which is UP 11% from a year ago. According to the article, the press release was from earlier last week, and covered the... 11/25/2007
Comments 0

Home for the Holidays in Monroe

By Charlotte Home Loans Your Charlotte Mortgage Lender
Monroe, NC is one of my favorite places this time of year. With the seasons changing and the holidays approaching, the southern charm of Monroe just stands out! The friendliness of the people really comes to life!As you drive around Monroe you will see the holiday spirit coming to life. Lights are going up, decorations are being put in place and trees are getting trimmed for the holidays. And with such a diverse mix of cultures in the area, you are bound to see an interesting mix of holiday celebrations.And while the holiday shopping season is beginning as well, folks in Monroe seem to have a smile on their face. The southern charm of this city already makes it a wonderful place to live, but add the holiday spirit on top of that and you just can't help but make new friends!While many pe... 11/18/2007
Comments 0

Monroe, NC is For Sale!

By Charlotte Home Loans Your Charlotte Mortgage Lender
That's right! Monroe, NC is for sale and you can own a peice of it!Right now is one of the best times in history to buy a home in Monroe, NC! Not only are mortgage rates still near 30 year lows, but there have not been a better selection of homes to buy in a long time! With a soft real estate market, a pre-approved buyer can walk into any home and with the help of the right real estate professional get the home of their dreams for a steal!Don't believe me? Charlotte area investors are having a blast right now! They are buying up homes left and right, even when sales are supposed to be slow. Most of these investors don't keep the home to rent out.. they resell for a Profit! And they are not holding them long! If investors are willing to risk the money they put up in hopes for a quick ret... 11/10/2007
Comments 3

By Judi Downing Real Estate Properties in Charlotte & Union Co
(Keller Williams Realty)
Thinking about relocating to Monroe, NC in Union County? Let me tell you some of the features and great reasons for living in Monroe.  Taxes they are lower than in Charlotte yet you are just minutes from Charlotte. In addition to lower taxes you can still find subdivisions/neighborhoods where you have an acre. Legacy on the Lake, Mallard Landing, Lakeshore Estates are just some of the ones which over large lots not to mention that these neighborhoods are on Lake Twitty which is a 400 acre lake owned by the City of Monroe. Great for fishing, I believe the max it a 20 HP and Pontoon Boats are allowed. Homesites along the lake have boat docks for the homeowners pontoon boats. Monroe offer it's own hospital- Carolinas Medical Center-Union, Wingate University is located just outside of Monro... 10/18/2007
Comments 2
<< Previous 1 2 3 4 5 Next >>
Explore Monroe, NC
Monroe, NC Real Estate Professionals