Marketing yourself in an Obama Presidency

By Myrtle Beach South Carolina Marketing
(Myrtle-Beach.com)
While I am not a prophet,  it does appear that Senator Obama has a good lead in his contention for President.   Chances are strong that an Obama presidency would witness a gushing,  early honeymoon period from a press that genuinely embraces his personality and his ideas.  Unfortunately,  we are still a divided country and much of the Southeast, rural population centers, and working Joe's will initially detach and become concerned about their personal fortunes and our National direction.  This will lead to safety internalizing around family for both those for Obama and those against.  Internalizing on Family issues, sports, movies, and community will be a natural result of an Obama victory. With that said,  social networking will find new heights in traffic and online trust will grow as... 10/22/2008
Comments 9 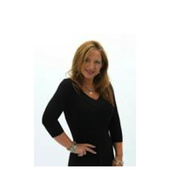 By Elizabeth Ward Small
(REALTOR & CEO The 3B Method Seminars)
Here we are in the pumpkin season with lots of festivities, fun and excitement looming in the air...   I have a few new tricks to treat you with and hope you will try them to gobble up a lead or two or three! If you are farming a neighborhood try adding this to your list of activities for a new twist on things. If you have never farmed before...oh my...we should talk! Farming is the best all time back to basic method to network and get FACE TO FACE with your community. A great way to meet buyers and sellers and more than anything else farming is a MUST DO for relationship marketing. Define RELATIONSHIP MARKETING: Re' Laaaash- ing - ship like a boat! Market (to money) ing (verb) - this is the easy real estate agent explanation that farming causes an action of money! So how can you stir o... 10/14/2008
Comments 10
Explore Alamance, NC
Alamance, NC Real Estate Professionals