By Nate Gerard, CDPE, East Metro Twin Cities Realtor
(Keller Williams Premier)
Stillwater, Minnesota & 55082 Real Estate Market Update for the Year 2010 - Home Buyer & Home Seller Information When I saw the real estate market information for the year 2010 in Stillwater, Minnesota & 55082 I have to say there were positives whether you're a home buyer OR a home seller. Firstly in the 55082 zip code, which includes all of Stillwater, Minnesota, we had 237 single family homes sold that were traditional sales. Traditional means they weren't bank owned or short sales. This is almost an 11% INCREASE over 2009! The median price of the homes sold was $308,000, again UP just about 9% over 2009. In addition, those 237 sold homes took an average of 147 days to sell, which is a sizable 17.5% DECREASE in the time on the market. For those of you wondering about Stillwater, Minne... 01/24/2011
Comments 0

Have you stopped saving money? If not then read on!

By Nate Gerard, CDPE, East Metro Twin Cities Realtor
(Keller Williams Premier)
I keep coming back to the stock market and our involvement with it even as small scale investors contributing what we can to our 401k's and IRA's. I'm thinking about this in relation to the investment of buying a home. For many, many years, almost all people would agree that home ownership was part of a diverse plan to retire with something more than just your good name. At the same time, for many years people have contributed to a company sponsored 401K, or 403B and/or their own Traditional or ROTH IRA. Just like the real estate market, the stock market has had some tough days over the past couple years, but people continue to invest. They know it will fluctuate but they accept that since they're in it for the long haul. Plus they feel that chances are pretty good that they're buying f... 12/13/2010
Comments 1

By Nate Gerard, CDPE, East Metro Twin Cities Realtor
(Keller Williams Premier)
Home Sales in Stillwater Minnesota November 2010 - What Slowdown? The latest home sales monthly numbers just came out for Stillwater Minnesota and I'm happily surprised. Let's look at these home sales numbers: At 26 homes sold, monthly sales were just two less than last year, which was the last month of the 2009 home buyer tax credit! WOW! Year to date, there are 18 more sales this year than last - not bad since the 2010 tax credit expired 7 months ago at the end of April. In November 2010 both the median sale price and average sale price were up 31% and 24% respectively. Now, you might wonder how that compares to the rest of the year and the answer is... pretty good! Year to date the median sale price is up almost 10% and the average sale price is up over 6%. Keep in mind the tax credi... 12/11/2010
Comments 1

Why do banks want to be in the Rehab Business?!!!

By Nate Gerard, CDPE, East Metro Twin Cities Realtor
(Keller Williams Premier)
What goes through someone's head who: A) Lives outside this Metro Area and therefore can't manage contractors B) Knows next to nothing about what is needed to adequately rehab a home C) Thinks it's a good idea to put in just enough rehab for the home to sell to an owner occupant but not enough to justify a price comparable to traditional sales in the neighborhood I've seen some bad rehabs from local fix and flip investors but their lack of skill drives them out of the market since their product is bad. Unfortunately, the worst rehabs I've seen have been the ones owned by a bank. And they won't be driven out of the rehab business. Case in point: I went through a home today with an investor. Priced at $99K and I knew before I got there that bank owned in that neighborhood with that amount... 11/23/2010
Comments 4

By Nate Gerard, CDPE, East Metro Twin Cities Realtor
(Keller Williams Premier)
Buy a Home Now and Save Money or Wait and Save Money??? You may be thinking, "That can't be!" and you know what? You're exactly right. If you're one of the majority of people who need a mortgage to buy a home, you can't save money by waiting. It's as simple as that. If the market was in a tail spin and we were loosing 20% a year then I could see that logic. However, most economists who are predicting a decline in market values are thinking along the lines of a 5% drop. Of course any drop is significant and something to be feared, right? Well, maybe not. For those of you paying cash for your home this post doesn't apply. You want to get the best/lowest deal and if you think you should wait to put down your hard earned $375,000 on a home then you could be right. For the rest of us though,... 10/21/2010
Comments 1

What Do You Love to Do?

By Nate Gerard, CDPE, East Metro Twin Cities Realtor
(Keller Williams Premier)
Someone asked me why I chose to be a Realtor? They were also bold enough to ask me if I ever felt bad that lots of people think Realtors aren't very nice people. Here's what I said: "Well, I guess like other professions that have an image problem in the public eye, the bad apples create the mindset while the great ones labor in relative obscurity." I went on to say that I'm a Realtor because I want to help people and I really LOVE real estate; the analysis, the negotiation, the art of marketing... but most of all I really enjoy meeting someone new, helping them set realistic goals and creating a plan to help them accomplish those goals. Maybe I even get a friend out of it but at the very least, my customers know I'm passionate about helping them and that I get the job done. Of all place... 10/02/2010
Comments 5

By Nate Gerard, CDPE, East Metro Twin Cities Realtor
(Keller Williams Premier)
Great Appliance Repair in Stillwater, Minnesota While this post is not related to buying or selling a home, most home owners have dealt with an appliance repair situation like this at one time or another so I hope to point you in the right direction to help you solve your problem. Sitting in the living room after putting the kids to bed I hear the fridge kick on then a second later turn off. A few minutes later it happens again. I walk over to the refrigerator side and open it up. "Hmm, seems a bit warm." I then open up the freezer side. A small river of thawed hamburger water and old Popsicle juice begins to run from the bottom out the front and onto the floor! I better get on that first thing in the morning. Maybe I can still save some of the frozen food. At 7:30 AM I begin calling lo... 07/15/2010
Comments 2

Thought For The Day: The Negative Power of NO

By Nate Gerard, CDPE, East Metro Twin Cities Realtor
(Keller Williams Premier)
Thought for the Day: The Negative Power of No There's a quirky movie with Jim Carrey called Yes Man and despite lack of box office success or critical acclaim, I liked it. The main character has an amazingly unremarkable life including the boring job and repeatedly letting his friends down. He connects with an old acquaintance who brings him to a meeting where everyone there is all about saying YES... to everything in life! So I ask all of you, what has "NO" done for you in business or your personal life? Do you feel satisfaction when you say it? Does it come from fear or anger? Conversely, what does "YES" do for you? I think it does a lot. I can't answer those questions for you but when I answer them for myself I get a cold dose of reality that my NO's have hurt me in many cases and my... 07/07/2010
Comments 0

By Nate Gerard, CDPE, East Metro Twin Cities Realtor
(Keller Williams Premier)
Rutherford Elementary School Located In Stillwater, MN All of us living in Stillwater (and most of the Twin Cities) know that Stillwater has great schools. They set kids up for success at a higher level and help us with the job of making them into intelligent adults. At the elementary level there are some differences in each school and my goal is to highlight some of those nuances that make each school not only special but possibly a better fit for you and your children. The feel of a school has influenced more than one home buying decision and my hope is that these articles will give you some direction to focus on when you meet with potential schools while weighing your decision.   I recently sat down with Stephen Gorde, the Principal of Rutherford Elementary, and had a conversation ab... 05/05/2010
Comments 0

By Nate Gerard, CDPE, East Metro Twin Cities Realtor
(Keller Williams Premier)
Real Estate Listing Story in Stillwater, Minnesota Back in February, I did a CMA for a guy here in Stillwater. His name is Brad. When I first spoke to him he was quiet and kind and he wanted to know how much his house was worth. He and his wife lived in a large house and the kids were gone and they thought it was maybe time to downsize. Of course he knew that the real estate market in Stillwater has gone down with the rest of the Twin Cities over the last four years, but he thought he would see how much that had affected his house.   I put the CMA together for him and drove over to present it to him. He was as kind in person as he had been on the phone. I was also struck that while he was a person of considerable authority at his workplace (maybe even the owner), he would apologize for ... 04/20/2010
Comments 0

By Nate Gerard, CDPE, East Metro Twin Cities Realtor
(Keller Williams Premier)
Home Sales in Stillwater, Minnesota February 2010 statistics for home sales in Stillwater Minnesota were released last week and I wanted to blog about them because I'm seeing what could be the beginning of an interesting trend. Even in the face of increased short sales and foreclosure sales, we have good numbers year to date. For example, new listings in Stillwater, Minnesota are up 9.3% year to date. At the same time, closed home sales in Stillwater, Minnesota are up just shy of 18%!   Personally I think this is the beginning of what economists call "pent up demand". In other words, people's lives keep going despite the economy or the unemployment rate, and they have a need to buy or sell due to the changes they have in their life. For example, I have a friend who is newly married and ... 03/16/2010
Comments 2 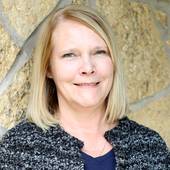 Beauty on an October Afternoon in Stillwater, Minnesota (LOCALISM FEATURED)

By Teri Eckholm, REALTOR Serving Mpls/St Paul North & East Metro
(Boardman Realty)
MEA weekend is very special in Minnesota. The third Thursday and Friday in October are always the Minnesota Education Association's convention which means a four day weekend to all families with children in Minnesota schools. Our family has almost always used this as a travel weekend as it is off season for many vacation areas. This year we had to stay in town but my husband took off work anyway and I put my real estate business on hold and we spent a family day enjoying the fall colors along the river in Stillwater, Minnesota.Okay Stillwater, Minnesota is not exactly a resort town but a great place to get away from it all. Since moving to Ham Lake we don't get into Stillwater on a weekly basis as we did when we were minutes away in North St. Paul. Yes, we used to walk the streets and c... 10/23/2008
Comments 64