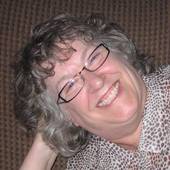 The Old Tallest and the New Tallest

By Bonnie Erickson
(Tangletown Realty)
The photo at left was taken on a discovery tour of the canyons in downtown Minneapolis while looking for the Mary Tyler Moore statue mentioned by Maureen McCabe in a comment on my blog.  Despite many years in the Twin Cities area I didn't realize Mary Tyler Moore had a bronze statue in Minneapolis!  It was there.  See the picture on the right.  I had walked past it many times.  It was just another light post to me!  In touring downtown Minneapolis, I saw the Foshay Tower reflected in the IDS Tower and wondered if I could catch in on my camera.  It worked beautifully and so here, juxtaposed by reflection, stand the Foshay Tower, the tallest building in Minneapolis for many long years, reflected in the IDS Tower, the current tallest building in Minneapolis.  The irony makes me chuckle. 02/18/2007
Comments 7

By Bonnie Erickson
(Tangletown Realty)
The Regional Multiple Listing Service of the Minneapolis and Saint Paul area of Minnesota has released its sales figures for 2006.  The stats show a decline in the number of closings; a slight increase in the median price of closed homes; a small increase in the average price of closed homes; and a decrease in the dollar volume of sales back to levels in 2004.  Pretty graphs and the chart for the last 7 years are here.  The figures support that the Twin Cities real estate market did not bust, but did indeed slow down this last year.  Value continues to appreciate ever so slightly.The above figures were based on information from the Regional Multiple Listing Service of Minnesota, Inc. for the period January 1, 2000, through December 31, 2006.  Information is deemed reliable but not guara... 01/27/2007
Comments 0

City of Minneapolis and Backflow Preventer Companies are in Cahoots.

By Lisa Dunn, www.TwinCitySeller.com
(Edina Realty)
Selling a home in Minneapolis?  You're required to have a city-approved inspector conduct a Truth in Housing inspection, and they will charge you at least $175 to do it.  They claim it is to "improve the housing stock" in Minneapolis. I say it's a bunch of Hooey. If Minneapolis wanted to improve the housing stock, they would perform actual inspections of homes prior to establishing an "estimated market value" which is how our property taxes are assessed. These inspections would be on a regular basis of each and every home in the city, not just on those that are being put on the market. As it stands today, one of the most common required repairs is for the home owner to place a backflow preventer and all outside spickets and the laundry tub.  Now, if the city of Minneapolis were really t... 01/13/2007
Comments 4

Most Expensive Listing in Minneapolis

By Terry Moravec
(Keller Williams Premier Realty)
Th city of Minneapolis just announced it has chosen US internet, a local company, to set up and run a city-wide WiFi network. The city is paying $2 million up front and expects to charge residents $20 per month for access. While I'm not opposed to wide-spread cheap access to the internet, I wonder if this is the best way. Wifi was not designed to cover an area as large as a city, and with the short range of the signals (300 feet or so, but less than 100 for a full speed connection), it seems like it would take an awful lot of transceivers to cover the city, and most of them would be unused. They could, however cause a lot of interference with other devices in the same frequency range. Other wireless networks, cordless phones, baby monitors, and bluetooth networks all use the same unlice... 09/05/2006
Comments 1

By Terry Moravec
(Keller Williams Premier Realty)
There's a lot of talk these days about a "slow" real estate market, a "buyer's market", real estate "bubbles", etc. Clearly the Twin Cities real estate market has backed off the torrid pace of the last few years. That's a good thing. Ten to fifteen percent annual appreciation is unsustainable, and would have eventually led to downward pressure on home prices. The market has simply cooled to a more normal rate as higher home prices and interest rates have dampened the bidding wars we have seen from home buyers in the recent past. As sellers slowly adjust to the changing market, homes are beginning to be priced more in line with the current reality instead of the previous expectations of high appreciation and quick sales. What does this mean for sellers? Homes are selling, but there is a ... 07/30/2006
Comments 1
<< Previous 1 2 … 30 31 32 33 34 35 36 37 38 Next >>
Explore Minneapolis, MN
Minneapolis, MN Real Estate Professionals