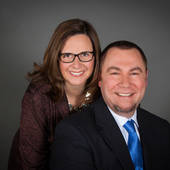 By Maureen Francis, Coldwell Banker Weir Manuel
(Coldwell Banker Weir Manuel)
Birmingham's most outspoken blogger, Clinton Baller, is mad.  The blogger behind the BhamBuzz is worried about current problems in the city and how the city commission is handling them.  Today he's threatening to file an ethics complaint against commissioner Stuart Sherman (somebody should), thoroughly disgusted about the council's decisions regarding how to spend a $25 million parks bond issue, and looking for vision from the city's elected officials.  His rant is long, but worthy of your time and attention, particularly if you are a resident or prospective resident of Birmingham.  We think his idea about reducing property tax rates is an important one, though challenging to impliment.  Birmingham is losing some home buyers to other communities because of its millage rates.   Baller fo... 08/29/2006
Comments 1

From Ukraine with love

By Maureen Francis, Coldwell Banker Weir Manuel
(Coldwell Banker Weir Manuel)
Last week was Ukraine's Independence Day.  The country separated from the Soviet Union 15 years ago.  Shortly after they declared independence, the United States made a commitment to support the fledgling democracy by sending the first group of Peace Corps volunteers there to serve.  I was fortunate to be selected to serve in Ukraine as a business advisor.  Instead of spending 2 years there, I ended up staying 8, enticed by constant change and interesting job opportunities. Dmitry was generous enough to leave behind a prestigious job, comfortable life and friends and family when I decided it was time for me to return to the US in 2000.  His curiosity lead us into real estate.  When he wanted to get his real estate license I had to drive him to the classes because he didn't have a driver... 08/28/2006
Comments 16

By Maureen Francis, Coldwell Banker Weir Manuel
(Coldwell Banker Weir Manuel)
There are clearly some sharp knives in the drawer in the ActiveRain kitchen.  Guesses to my little quiz with my vacation picture were spot on, or intentionally humorous.  Next time I will have to make my quiz harder.I took some great photos from the balcony of the condo where we were staying in Bay Harbor, Michigan.  Directly across from us, a $4,000,000 house is up for sale.  We watched one day as the gardeners scurried about grooming the immaculate grounds. When we were there last year, we never saw a light on in the place so we wondered how much the owners actually visited.  The home is stunning and the view of Lake Michigan’s Little Traverse Bay is spectacular.  Dmitry took really beautiful sunset photos almost every night. The next day there was more activity at the house, a cherry... 08/27/2006
Comments 7 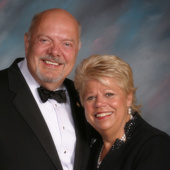 DOING IT FOR YOURSELF vs THIRD PARTY REFERRALS

By Doug, Kathie & Billy Whitehouse
(Hannett, Wilson, Whitehouse & Burke, LLC REALTORS)
I know I have said this before but not on AR. I am amazed at how many Realtors don't understand the benefit of developing their own referral systems (see www.SEMichiganHomeInfo.com). I have heard MANY Realtors say that they get more for the dollar they spend on their own referral prospecting than they get by paying someone else to give them the lead. If you really think through the process this has to be the case. Just imagine for a second the difference between paying a couple of thousand dollar referral fee and setting up a system like RealPro. Both will cost you about the same but one gets you the single sale and the other gets you an ongoing source of business.As the old saying goes "Give a man a fish and you feed him for a day. Teach him to fish and you feed him for a lifetime." or... 08/14/2006
Comments 8

By Maureen Francis, Coldwell Banker Weir Manuel
(Coldwell Banker Weir Manuel)
The big event in metro Detroit this week is the Dream Cruise.  Classic car lovers parade their beauties up and down Woodward Avenue between Ferndale and Pontiac.  They pass right through Birmingham, and we will be there this Saturday, August 19th, in the middle of the fun.  If there are any ActiveRain folks out there, please stop by and say "HI!"  We will be under the SKBK Sotheby's International Realty Tent at 348 E. Maple between 11 and 5.   08/14/2006
Comments 3
<< Previous 1 2 … 7 8 9 10 11 12 13 14 15 Next >>
Explore Birmingham, MI
Birmingham, MI Real Estate Professionals