Education & Training
Corky Hyatt
Corky Hyatt's approach to Real Estate can be summed up in two words, service and enthusiasm! A full-time Realtor for over 27 years, Corky was an annual member of the Multi-Million Dollar Club, closing more than 75 sales a year before turning her attention to training. Her brokerage experience includes both residential and commercial, including new home project sales. She's attained the GRI (Graduate REALTOR® Institute), CRS (Certified Residential Specialist), and CRB (Certified Residential Broker) designations. In 1990, Corky was recognized as "REALTOR® Salesperson of the Year" for the Johnson County Board of REALTORS®, the largest board in Kansas. She has been an officer of that board, serving as President in 1993, and currently serves as a Director of the Kansas Association of REALTORS®. Corky was a founding Director of the Heartland Regional MLS and served as President of Heartland Multiple Listing Service in 1995. A past president of the Kansas Chapter of WCR, Corky served as Kansas WCR Governor in 2001. President of the Kansas chapter of CRS in 2003 and 2004, Corky was awarded CRS of the YEAR FOR Kansas, 2001. The Kansas Association of REALTORS® presented her their highest recognition, The Distinguished Service Award, at state convention, October 2007. Corky and John Mayfield have written a book entitled “21 Mistakes Real Estate Brokers Make and How to Avoid Them” which was released in November, 2008. A second co-authored book for salespeople will follow. A graduate of Emory University in Atlanta, Corky's teaching credentials include high school and junior college teaching as well as company training for firms such as J. C. Nichols Residential, Reece & Nichols, a number of RE/Max firms in Kansas and Missouri, and N. P. Dodge in Omaha. She served as a GRI instructor for both the Kansas and Missouri Associations of REALTORS for more than ten years, consistently maintaining excellent ratings from her students! Corky presents continuing education courses both across Kansas and Missouri and in Texas as well as by home study and on-line. Corky and her husband Jim, Broker/Owners of Hyatt Real Estate, live in Stilwell, Kansas, and have five sons, four daughters-in-law, and seven of the world’s best grandchildren!
Cell: (913) 269-4605
Office: (913) 897-2200
More Info

Education & Training
Amanda Taylor
I work for the top website development and Internet Marketing company in the industry - BuilderConsulting.com based out of Kansas City with over 200 clients nationally.
Office: (913) 814-8844
More Info 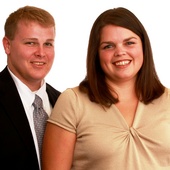 For-Sale-By-Owner - Quick Advice from a Realtor

By Daniel Bennison
(Reece & Nichols Mission Hills)
Here are two quick pieces of advice from a FSBO Conversion specialist for sellers who are trying to sell their home as a For-Sale-By-Owner.  TIP #1  Don't leave bags of leaves or trash in your yard or side yard.  It's a distraction and it's ugly.  Leave them in the garage or anywhere as long as they're out of sight from potential buyers.  TIP #2 Also, make sure to ask for a loan pre-approval letter from a buyer who makes an offer.  If they can't provide one, beware!!! Any serious buyer who makes an offer on a house should already be pre-approved.  If they aren't pre-approved, tell them to go get pre-approved immediately.  11/29/2009
Comments 1
Explore Clearview City, KS
Clearview City, KS Real Estate Professionals