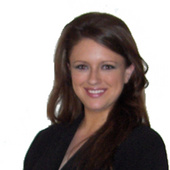 By David Knight, Synergy Realty
(SYNERGY Realty)
Meridian's early settlers lived along Five Mile Creek where there was running water most of the year. The first school opened in 1885. The U.S. Postal Service soon established a mail drop along the railroad line, which was named Hunter after its superintendent. The center of activity began to move closer to the railroad as the trading center. In 1893, an Order of Odd Fellows chapter was established and adopted the name "Meridian" for its lodge, in recognition of the principle surveyor's meridian, which is called Meridian Street as it passes through town. 11/03/2006
Comments 1
<< Previous 1 2 … 15 16 17 18 19 20 21 22 23 Next >>
Explore Meridian, ID
Meridian, ID Real Estate Professionals