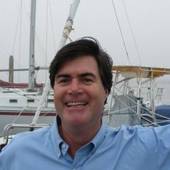 What is a short sale?

By Ed Leavy, Luxury Custom Built Homes Sales and Re-Sales
(RE/MAX First Coast of Georgia Realty)
The Oprah Winfrey Network is developing BBC Worldwide Productions' "Love Town, USA", an original unscripted TV project about mass matchmaking in an All-American town for a potential 2012 TV series. Ken Smith, the Mayor of Kingsland, received a call on October 31st saying that Kingsland, Georgia had been anonymously nominated to be in the  new TV show, "Love Town, USA".  We were told we had a week to convince the producers that Kingsland / St. Marys and the surrounding communities were what they were looking for! A Community Photo Op was held at the Kingsland Welcome Center on November 3rd with approximately 110 people in attendence & a video was produced highlighting our area & attractions. On November 11th, the Mayor received calls stating that Kingsland had made it thru the next selec... 11/16/2011
Comments 0

By Julie Chapman, New Homes Sales Ormond, New Smyrna, Daytona Be
(DR Horton )
Enjoy Live Jazz and Hors d'oeuvres from 5 p.m. to 8 p.m. on December 14 Celebrate with Millicent Harwell and her hardworking staff the opening a Totally Free Home Ownership Center at on Gross Road in Kingsland, Georgia.  Totally Free offers:  Housing Counseling- one on one sessions for homebuyers Homebuyer Workshops - helping you prepare to go from renting to owning Loss Mitigation - assisting in homeowners stop the loss of their home Credit Counseling - learn to budget and how to improve your credit rating For more information call Totally Free at 912-576-5576.  12/02/2009
Comments 0

By Traci Nelson
(ERA Kings Bay Realty)
Kings Grant in Kingsland $155,000 - $160,000 3 homes available 1901 - 2140 sq.ft   King's Grant is the newest ENERGY STAR Community in Kingsland Georgia. Built on 100 acres in the heart of the City of Kingsland    Utilities: Electric GA Power Telephone TDS Water Kingsland City This will be Kingsland, Georgia's first certified energy start communities for ages 55 and older. The community will be conveniently located to I-95 and US-17 which intersects with the heart of downtown Kingsland, GA. If you would like to see floor plans or would like more information regarding this new community and when construction will start on these homes please feel free to contact me at www.KingslandGARealEstateOnline.com or www.StMarysRetirementLiving.com and I will be happy to speak with you. My contact i... 06/29/2009
Comments 0

By Traci Nelson
(ERA Kings Bay Realty)
In this issue: VIDEO: Realogy CEO Talks About Jump-Starting the Housing Market Special Announcement Realogy CEO Richard A. Smith was a featured speaker at the prestigious Milken Institute 2009 Global Conference on April 28 as part of a lively panel titled -Jump-Starting the Housing Market.‖ During the hour-long panel discussion, Smith stated that while the Obama administration has focused on the foreclosure issue, the solution to the problem is on the demand side. Smith demonstrated Realogy's thought leadership by explaining how the government could take stronger action by lowering mortgage interest and expanding tax credits from first-time buyers to all homebuyers. Both of those actions would spur home sales activity and thus create a positive overall impact on the economy. The panel ... 06/12/2009
Comments 0

By Traci Nelson
(ERA Kings Bay Realty)
ERA Economic Stimulus Resource Center This section is designed to provide you with the information and resources you need to help your clients understand the benefits and opportunities that are available through the federal government. Whether your clients are trying to buy their first home or save their current home from foreclosure, you can find ways to help them here. First-Time Homebuyer Federal Tax Credit The National Association of REALTORS® (NAR) estimates that each home sale, at the median price, generates "approximately $62,000" of economic impact. Each home sold benefits not only your bottom line, but the health of the overall economy. Below you will find information and resources to help your clients, and potential clients, make the decision that NOW is the time to buy a home... 06/12/2009
Comments 0

Wow, What A Ride In Kingsland, GA

By Traci Nelson
(ERA Kings Bay Realty)
I have to tell you about one of the most invigorating, exciting, thrilling, and let's not forget SCARIEST things I have ever done! This last weekend I signed up for a class to learn to ride a motorcycle. This may not seem like anything out of the ordinary but if you knew me personally you wouldn't believe your eyes or ears unless of course, you saw it personally. Today, is Monday morning and I still can't believe it myself.I have always been a passenger on motorcycles when I was younger and when I was a teenager but I was always happy being the passenger and just too scared to learn how to ride for myself. I finally decided I wanted to learn to do one thing that was a "hard" thing for me to do, and to choose just one new thing that I would learn how to do by myself. This kind of goes al... 06/08/2009
Comments 0

By Traci Nelson
(ERA Kings Bay Realty)
Get an extra $1,800 when you buy a Georgia Home   Like the federal $8,000 tax credit for first time home buyers, the State of Georgia is implementing and an additional tax credit for Georgia home buyers. Governor Perdue signed House Bill 261 creating a Georgia income tax credit up for the purchase of an eligible single-family residence. It is a credit of 1.2% of the purchase price, up to $1,800, spread out over 3 years. Although the bill was signed the credit is limited to eligible purchases made between June 1, 2009 and November 30, 2009. The credit created by House Bill 261 can be claimed one time per taxpayer and is completely independent of the federal first time homebuyer tax credit. The final version of the bill contains the GAR amendment to clarify condominiums and residences occ... 06/04/2009
Comments 1 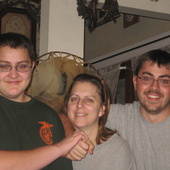 By Barbara Ann Scott
(WOWza Realty)
I acquired the majority of this information from the ABR-REBAC Home Buying Tool kit.  I find this very helpful with clients when they start the process of homebuying here in the Saint Mary's, St. Marys, Kingsland, or NSB Kings Bay Georgia area.  Please let me know what you think and if you would like to add any other home buying tips.  So, You Want to Buy a HomeIt's a big decision and there's a lot to learn, but you've decided to buy a home.This comprehensive, quick-reference guide provides the information and toolsyou need to help you find a home that's right for you. As you follow these tensteps, gather information and complete the worksheets, you will chart apersonalized map that will help you find, purchase, and finance a home thatmeets your needs and preferences.10 Steps to Choosi... 01/30/2009
Comments 0

By Michael Roberts
(Real Estate Professionals of Glynn)
This ends our tour of "The Golden Isles".  Yes we are at the foot of the isles.  Contained in Camden County this section of the Golden Isles offers more unique wonder and beauty.  Founded in the 1770's Camden County is one of the original eight counties.  The primary towns are St. Mary's, Kingsland and Woodbine.Woodbine is the county seat and the access point for two of the true wonders of this area.  Cumberland Island and the Okefenokee Swamp.  Part of the National Sea Shore Cumberland Island is unique with its wide white beaches, wild ponies amidst the massive dune system.  The interior of the island is home to one of the largest remaining coastal forests populated by Live Oak and Palmetto forests which provide the perfect home for the wild horses, turkey, armadillo, mink, deer, allig... 03/02/2007
Comments 0
Explore Kingsland, GA
Kingsland, GA Real Estate Professionals