What would you do if a Foreign Country Invaded America?

By Robert Vegas Bob Swetz
What would you do if a Foreign Country Invaded America? Living in America as an American Citizen, what would you do if America was invaded by a Foreign County? Dial 911? "Please" ... There are so many Americans that just don't have a clue as to what would happen if hundreds of thousands of ground troops were dropped by parachutes over the United States!  Do you really think dialing 911 is going to help you? ;o/ Sure we have the National Guard, we have law enforcement and other sources protecting us. But we the people of this country need to be able to defend ourselves and families if there was a invasion from a foreign country. This is one of the reasons that our forefathers created the Second Amendment ...   "A well regulated Militia, being necessary to the security of a free State, ... 11/02/2016
Comments 14 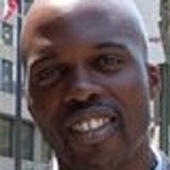 By Lanre-"THE REAL ESTATE FARMER" Folayan, I don't make promises.I deliver results.SOLD HOMES
(Keller Williams Select Realtors-Buy a home in Washington DC. Sell a home in Washington DC)
What is CDN (Content Delivery Network)?   Today I got a e-mail via Activerain from a fellow blog member. This is some of what he said in his e-mail. Next thing that I want to mention is in reference to your website. I just checked it out and it is pretty good. The one thing that I noticed though is that it loaded a bit slow. I highly recommend that you utilize a CDN (Content Delivery Network). Google takes load speed into consideration when ranking your website. The CDN that I use is MaxCDN; it is very good and priced very well.     Now I know when your website doesn't quickly load up,it annoys customers and can result in loss traffic and potential clients. But what I didn't know was that Google takes load speed into consideration when ranking your website.-You learn something new every... 12/01/2014
Comments 26

By ReShawna Leaven, Experience. Knowledge. RESULTS.
(Keller Williams Realty)
Many search for homes but... thousands search for significant others Listen to my interview with Matchmaker and Dating Coach, Kiki Strickland on dating and different approaches to finding a mate in today’s society. Tips on where to find men by Kiki: Going to places where men are Attend sporting events Try a Meetup group to meet men Try online dating (www.match.com, www.eharmony.com, www.pof.com) Take up a game of golf Go to a local restaurant Are you approachable when you are out? At Starbucks, at the mall, at the gas station or at a restaurant. Kiki has an event for ladies called a “Flirt Night” where she shares her insights on how to be more approachable and visit a local venue for a chance to test out your new flirting skills. She recommends that you purchase 3 sessions because the f... 05/28/2014
Comments 2

Proud to be an American!!! Veterans Day - Remembering all who served & still serving!!!

By Jeff Belonger, The FHA Expert - FHA Loans - FHA mortgages - USDA loans - VA Loans
( Social Media - Infinity Home Mortgage Company, Inc)
November 11th is a Federal holiday, in which it has been called Veterans Day. Veterans Day shouldn't be the only day to be a proud American and to honor Veterans.  We should be proud every day and honor these men and women every day. If you don't know the true history on how Veterans Day was founded, please read this from Wikipedia : Veterans Day I have been very fortunate to have never lost anyone close to me during War time or even during 911. My thoughts and prayers go out to those loved ones lost during these emotional times.  For many of you that know me, I am very passionate about our Country, who we are as a Nation, and for what we stand for. I have had the pleasure of serving in the US. Army for 2 years and I will never forget that part of my life. I was stationed at Ft. Ste... 11/10/2010
Comments 14

By Matt Listro, Your Credit Repair Expert
(National Credit Fixers - Matt Listro)
On Friday May 22 President Obama signed the landmark Credit Card Accountability Responsibility and Disclosure Act, or better known as the CARD Act. The CARD Act is meant to protect consumer from the abusive acts of credit card issuers. It becomes enforceable law at the end of February 22, 2010, a full five months earlier than similar protections adopted by the Federal Reserve, which would have gone into effect in July 2010. A highlight of the new law and its provisions is as follows:Gift Card Longevity - Today gift cards have descending value, meaning that as the gift card remains unused the balance can be reduced a few percentage points each year. This self-reducing balance is important to the card issuer, especially if they are publicly traded because of current accounting rules that ... 05/28/2009
Comments 4
Explore Pentagon, DC
Pentagon, DC Real Estate Professionals