By Mykel Martin, Realty Masters & Associates
((909) 476-9600 ~ WeLoveSellingRealEstate.com)
Our Buyers often ask us for information on what kinds of Buyer Assistance is available  for today’s homebuyers.  City and County Buyer Assistance Programs often experience a lack of funding, long waiting lists, property restrictions or strict qualifying guidelines.  We decided to get with our lender and do some homework for you.   Below is a chart of Home Buyer Assistance Programs that are available statewide as of today.   The first step is contacting a Lender and getting yourself pre-qualified to buy a house. Our lender suggested ways to mix and match different assistance programs depending on the Buyer’s specific circumstances.   It’s smart to learn these kinds of things ahead of time and you can do just that by speaking with a qualified mortgage professional now.  ​The TCR Group’s p... 10/17/2014
Comments 1 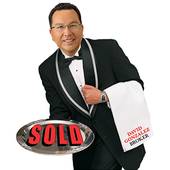 Should You Continue Showing Your Home If You Have An Offer?

By Mykel Martin, Realty Masters & Associates
((909) 476-9600 ~ WeLoveSellingRealEstate.com)
Should You Continue Showing Your Home If You Have An Offer?  ♪♫•*¨*•.¸SOLD¸.•*¨*•♫♪   You’ve got a good offer from a motivated Buyer on your Rancho Cucamonga house.  From all indications it looks like the Buyer is going to close. But there are a lot of things that can and sometimes do go wrong.  Remember the saying, 'It's Ain't Over 'til The Fat Lady Sings! ' That old adage certainly applies here . . . Don’t forget the Buyer has to go through their Contingency period. The Contingency period gives the Buyer 17 days (unless otherwise agreed to in writing) in which to do their inspections, approve all Disclosures and all other matters affecting the property.  If conditions exist that the Buyer does not accept, they can simply change their mind and now your house is back on the Rancho Cucam... 10/03/2014
Comments 5 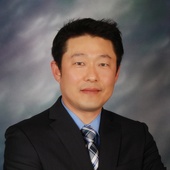 By Kevin Shin, & Team
(Coldwell Banker Residential Brokerage)
Schedule a Showing/Request Info What is Your Home Worth? Buy Rancho Cucamonga Search All Homes For Sale Homes Close to Where You Work Avoid Foreclosure   Kevin Shin Prudential California Realty 909-938-1388 Questions?Schedule a Showing!   Licensed In:CA License #:01879178 Information valid for the date of this posting only. Please contact us for the most current information and status of this property. 5031 Juneau Ct. Rancho Cucamonga, CA Scan with your smartphone & take me with you. Description Photos Maps & Local Schools Virtual Tour Print Brochure COMING SOON     5031 Juneau Ct. $ Click for current price 4 BEDROOMS 3 BATHROOMS ( 2 full, 1 half ) 2865 Square Feet This modern open floor plan home in gated Rancho Etiwanda Estates is waiting for you. Once in formal entry two story hig... 10/01/2014
Comments 5

By Mykel Martin, Realty Masters & Associates
((909) 476-9600 ~ WeLoveSellingRealEstate.com)
SIGNING THE EXCLUSIVE BUYER’S AGREEMENT   Buying any home, especially your first home,  is a fairly complicated and stressful undertaking.  But if you’re armed with the proper knowledge, an experienced Realtor and you have a solid plan, it can be a whole lot easier. It all starts with understanding the home buying process and knowing what can happen to the typical unprepared homebuyer. Let's start with a Buyer apprehension that tops most HomeBuyer's list . . . SHOULD I SIGN AN EXCLUSIVE BUYER’S AGREEMENT?  Just as Listing Agents sign formal listing agreements with sellers, Buyer’s Agents expect formal agreements, too. Like Listing Agreements, Buyer’s Broker Agreements are typically bilateral, which spell out the rights and duties of both parties, the Buyer and the Agent. Because bilater... 10/01/2014
Comments 3

By Mykel Martin, Realty Masters & Associates
((909) 476-9600 ~ WeLoveSellingRealEstate.com)
We’ve all read the headlines about the condition of the real estate market. When the network news reports on real estate market trends, they usually put it in a much broader context than what is really relevant or useful to us. It’s great to hear about national trends, but we know that REAL ESTATE IS LOCAL!Below are the trends for single family homes and condos in Rancho Cucamonga. If you are thinking of buying or selling a home in the near future, this information will be invaluable! If you have any questions about the information provided, please don’t hesitate to contact us. Rancho Cucamonga Market SummaryAccording to Trulia, the average price per square foot for Rancho Cucamonga homes was $239.00. This is an increase of almost .8% compared to the same period last year. The median sa... 09/30/2014
Comments 0

By Mykel Martin, Realty Masters & Associates
((909) 476-9600 ~ WeLoveSellingRealEstate.com)
Renting a Rancho Cucamonga Home Rent or Buy   Is Buying or Renting Right For You and Your Family?   Buying or renting may be the biggest financial decision most of us ever make.   Immediately after the housing crash, if you were in the financial position to do so the answer was crystal clear – a Resounding . . . Buy Now!   But as Southern California home prices go on the rise, the answer to Rent or Buy is not so clear.  Today’s would-be Homebuyers are weighing the higher prices against the still record low interest rates and wondering whether now is the right time to take that leap.   The decision to buy or rent is a big decision that requires a lot of homework, discussion and evaluation. Homeownership is not necessarily right, or good for everyone.   Both options have their own set of... 09/25/2014
Comments 2

By Kevin Shin, & Team
(Coldwell Banker Residential Brokerage)
Schedule a Showing/Request Info Buy Rancho Cucamonga Search All Homes For Sale What is Your Home Worth? Homes Close to Where You Work Avoid Foreclosure   Kevin Shin Prudential California Realty 909-938-1388 Questions?Schedule a Showing!   Licensed In:CA License #:01879178 Information valid for the date of this posting only. Please contact us for the most current information and status of this property. 11329 Downing Ct Rancho Cucamonga, CA Scan with your smartphone & take me with you. Description Photos Maps & Local Schools Virtual Tour Print Brochure JUST LISTED     11329 Downing Court $ Click for current price 5 BEDROOMS 4 BATHROOMS ( 3 full, 1 half ) 3425 Square Feet Don't miss the opportunity to own this upscale & highly upgraded home built by KB in 2002 on massive 11,325 square ... 09/22/2014
Comments 2 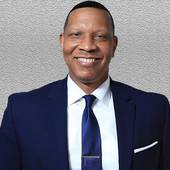 Can you still do a Short Sale ?

By James Muhammad, RE/MAX Vision
(RE/MAX Champions)
Question of the moment! I often hear the questions " Can you still do a Short Sale?" , " Are banks still APPROVING Short Sales?" The answer is YES !!!!! Check out my video below for more details !     If you would like more information or are in need of assistance in regards to a possible short sale, please do not hesitate to contact me ay (888) 99 JAMES ( 52637 ) or email me at James@CAHomeTeam.net. BRElic#01225479#IAmShortSales #IERealEstateAgent   09/10/2014
Comments 1 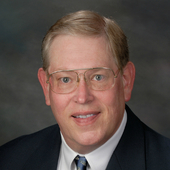 By Brad Rachielles, REALTOR, CDPE, Upland, CA
(CENTURY 21 Peak, Ca BRE# 01489453)
By Brad Rachielles, REALTOR(R) Real Estate statistics may just be handled best the way Joe Friday on Dragnet would have handled them saying..... " Just the facts please, just the facts." And so it shall be. JUST THE Single Family Resident FACTS...... The August, 2014 Active Listings in Rancho Cucamonga (R.C.) inched up just 13 listings over July while sold units plummeted almost 24%. Home prices rose minimally 0.4% to an average selling price of $480,311. This price increase is likely accurate as the average size of the sold homes remained constant. One of the best indicators of the immediate future is the "Pending Sale" count. Actually, "Back-Up Sales" are also pending sales with accepted contracts so adding the two shows that R.C. Pendings rose 9.4% in this last month. The REAL ESTATE... 09/08/2014
Comments 8

Does Buying in a Good School District Matter?

By James Muhammad, RE/MAX Vision
(RE/MAX Champions)
Whether or not you have kids, living in a good school district can be a big deal. It's not only about better teachers, better books and better test scores. It's also about preserving home values and ensuring faster resale rates.     http://realestate.msn.com/blogs/post--does-buying-in-a-good-school-district-matterRemeber, please feel free to contact me for any of your Real Estate Needs! If you need guidance in purchasing a home, the tips, the pros, the cons, feel free to contact me directly at (909)641-6008. 09/05/2014
Comments 1

By Kevin Shin, & Team
(Coldwell Banker Residential Brokerage)
JUST LISTED 5517 Meadowbrook Ct., Rancho Cucamonga, CA Masterpiece, Rancho Cucamonga Bedrooms: 5 Bathrooms: 3 full Living Area Approx: 3014 List Price: $Get Current Price Schedule a Showing What is Your Home Worth? Buy Rancho Cucamonga Search All Homes For Sale Homes Close to Where You Work Avoid Foreclosure See Property Details Call 909-938-1388 for more information on this or any other property. Visit Property Website Here's a chance to own an executive home in Masterpiece community in north Rancho Cucamonga. This home sits on atop of hillside of Masterpiece on a massive 18,100 square feet lot overlooking the city. You can find everything you need in this majestic home including resort like swimming pool with rock slide, more than generous RV parking space, plenty of mature fruit tre... 09/04/2014
Comments 2

By James Muhammad, RE/MAX Vision
(RE/MAX Champions)
Shout out to last weeks Contest Winner Keisha Purrier!  Keisha will be receiving her Starbucks Gift Card Later on this week ! Thank you for Participating Keisha !     Continue to follow me on Facebook for the next Contest Question! https://www.facebook.com/james.muhammad.180     09/03/2014
Comments 1

As of June 16th, CalHFA will remove the first-time home-buyer

By James Muhammad, RE/MAX Vision
(RE/MAX Champions)
As of June 16th, CalHFA will remove the first-time home-buyer requirement on its first mortgage programs to allow more California homebuyers to take advantage of the benefits of CalHFA’s affordable financing. The California Housing Finance Agency helps eligible first-time home buyers purchase a home.  Now they’re providing that same assistance to Californians who may have owned homes recently and are wanting to get back into home ownership.   Click on link to find out more! Don't Hesitate to contact me for any of your Real Estate Needs or Questions. James Muhammad 909-641-6008 James@CAHomeTeam.net http://fox40.com/2014/06/18/california-housing-finance-agency/ 08/29/2014
Comments 1

Home prices are still rising, but the pace of increases is definitely slowing.

By James Muhammad, RE/MAX Vision
(RE/MAX Champions)
Home prices are still rising, but the pace of increases is definitely slowing. National home prices rose 6.2% this spring, compared to the same three months last year, according to the S&P/Case-Shiller national home price index. Prices in the index's 10 and 20 city measures rose at a slower year-over-year pace in June alone, with every city reporting lower gains -- the first time that's happened in more than six years. Both city indexes rose 8.1% on an annual basis. Related: Best cities for Millennial homebuyers Recent housing market data has sent a mixed message. The number of new homes sold dropped in July for the third straight month. But existing home sales rose in July to an annual rate of 5.15 million units, the highest level in 2014. Housing starts and builder sentiment have al... 08/27/2014
Comments 1