By Myrl Jeffcoat, Greater Sacramento Realtor - Retired
In Addition to the traditional community parade on the morning of July 4th occuring on Coloma Road between McGregor Drive and Chase, there will be: Five nights of carnival rides  Two nights of Sacramento's longest and best fireworks display! In addition, there is an extensive Children's Stage and Fun Zone, Family and Children's Entertainment throughout the day, Food and Craft vendors, Guitar Hero competition, bingo pavilion and much more. Rancho Cordova invies you to be a part of their 25th year, celebrating Independence Day at Hagan Park ~ Rancho Cordova! Back by popular demand - PABLO CRUISE: July 3Northern California's premier party band - DOUBLE FUNK CRUNCH: July 4Click Here for a complete venue of all available Rancho Cordova July 4th Celebration activities.   06/16/2009
Comments 1

By Myrl Jeffcoat, Greater Sacramento Realtor - Retired
Doug HawkesThe folks living out in Sacramento's suburb, of Rancho Cordova, have lost a historic local legend.  Doug Hawkes, a dynamic journalist who kept residents tethered together with the "what's happenin' now" in the community for 35 years via the Grapevine Independent.  Hawkes has died April 21st, at age 80.  As an avid sports fan and writer, Mr. Hawkes, informed the community about the exploits of community and school sporting events, from 1968 through 2003 through "Sports on the Eastside," a popular column he wrote through 2003.  He was a staunch fan of the Cordova High School football team.Mr. Hawkes also championed local issues using wit, and often humorous edgy words, in another Grapevine column, "Write the News and Raise Hell." A City Councilwoman, Linda Budge said, "The pape... 05/02/2009
Comments 4

Fun Along The American River and Hagan Community Park

By Myrl Jeffcoat, Greater Sacramento Realtor - Retired
The Greater Sacramento Area enjoyed temperatures of around 70 degrees today; and I spent a good part of it with two grand daughters.  The girls were on a mission to fish, and to hunt crawdads.  The community of Rancho Cordova has delightful Hagan Community Park consisting of 75 acres.  The park itself boasts facilities consisting of a Community Center, 3 swimming pools, 8 tennis courts, 8 group picnic areas, 3 baseball fields, 3 soccer fields, basketball court, petting zoo, play grounds, tot lots, fitness course, and scale model steam train railroad. There is access to the American River Bike Trail and foot access to the American River.Over the course of several hours this afternoon, we spent time in Hagan Community Park trying to catch the illusive fish in the ponds, and we watched th... 04/02/2009
Comments 14 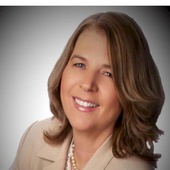 Would You Like to Buy an Anatolia Short Sale Home in Rancho Cordova?

By Elizabeth Weintraub Sacramento Broker, Put 40 years of experience to work for you
(Elizabeth Anne Weintraub, Broker)
If you've always wanted to buy a Tim Lewis home in Anatolia, now is your chance. For home buyers who have been priced out of other homes in the Sacramento region, the city of Rancho Cordova offers plenty of opportunities to buy a newer home. There are huge swaths of undeveloped land south of Highway 50 that most likely will be developed over the next decade, so the time to buy a home in the path of progress is right now. Prices are low and interest rates are hovering near 5%. This home, offered as a short sale, boasts more than 2,000 square feet and has a wonderful open layout. From the ceramic-tiled entry, you are greeted by a series of three soaring arches, suggestive of Old World Roman architecture. The kitchen has ceramic counters and flooring, featuring cool touches such as under-c... 12/04/2008
Comments 10

By Elizabeth Weintraub Sacramento Broker, Put 40 years of experience to work for you
(Elizabeth Anne Weintraub, Broker)
My husband gave me some grief when I casually mentioned in a blog that since IndyMac was closing its new mortgage business doors, yet promising to honor loan locks already in progress, buyers might exercise caution and perhaps consider another alternative. He thought I might be reading too much into the story and could get sued for suggesting that buyers be careful. And here today we receive word that IndyMac has been taken over by the FDIC. It's unclear how many of IndyMac's 130 employees in Rancho Cordova (Sacramento) have survived job cuts. I've gone through a bank closure before. In the mid '80s, during that whole savings and loan fiasco, the feds closed Heritage Bank. All my accounts were frozen two weeks. Plus, I had to stand in line for three hours to get my money. Now I maintain... 07/11/2008
Comments 17

By Rory Hoelker
(Avalar Real Estate and Mortgage Network)
To fin out about the hot deals on newer homes in Anatolia, Rancho Cordova CA. visit my other blog at http://www.sellinganatolia.wordpress.com   06/20/2008
Comments 2 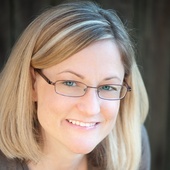 SMUD to Partner with Developer to Build Solar-Powered Homes...

By Erin Stumpf (Attardi), 916-342-1372 / DRE# 01706589 Sacramento, CA
(Coldwell Banker)
I received this news release from SMUD (Sacramento Municipal Utilities District for any out-of-town readers)...they have partnered with Woodside Homes and plan to build almost 1500 solar-powered homes near the Rancho Cordova area. It is anticipated that these homes will be complete around the year 2012. This apparently is the largest agreement between any utility company and homebuilder to date in the United States. To read their press release, click here. 04/15/2008
Comments 0

By Amy Ruiz, DRE# 01811347
(Cushman & Wakefield (DRE#00616335))
If you are curious about the zoning of a property in Rancho Cordova, the city has provided a website to assist you. Click here and take a look at the interactive map. Not only will it give you zoning information on your commercial real estate, but there is also a measuring tool, to see just how far away you might be from the freeway or any other site on the map. Still not sure if your use is allowed on a piece of industrial property? Contact us (Matt, Bryce or Amy) and we will try to assist you. 12/26/2007
Comments 0

Wow, I Am Getting National Exposure & Leads Because of Active Rain!

By Ernie Cabrera, Real Estate America
(REAL ESTATE AMERICA - Ernie Cabrera)
WWW.REAREALTORS.COMIT REALLY WORKS!I have just within the last couple of months started to use the Active Rain Real Estate Community and it has proved to be a great source of help in many ways.  It has enabled me to meet real estate professionals all throughout the United States and Canada.  It has been fun communicating and learning from each other.  It is a great community to be a part of and it is definitely addicting.  I admit it!  I am an Active Rain Addict and proud of it!   {;o)But, for me the biggest help Active Rain has provided me thus far is the additional marketing exposure from the Internet because of the additional search engines optimization (SEO).  My company name, my associates, and my personal name is now usually on the first page when a sear... 11/03/2007
Comments 28
<< Previous 1 2 3 4 5 6 7 Next >>
Explore Rancho Cordova, CA
Rancho Cordova, CA Real Estate Professionals