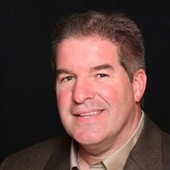 By Richard Perkins
(R PERKINS REALTY)
Check these colors they are incredible this year. Don't miss out! With the rains here the leaves are being blown off the trees quickly. I must say this is a site to see. I will keep putting up the pictures as long as they last. Remember if you should be able to take out some time and come up drive slow because the road are wet. Be careful and please enjoy! 10/17/2007
Comments 3

By Richard Perkins
(R PERKINS REALTY)
Please take a look at this subdivision, there are some great buys here and should be looked at if you are planning to buy in the sierra foothills. The subdivision is call Forest Meadows just east of Murphy's about 4 miles or so. Still a Murphy's address but just out of town located in Calaveras county.The planned community is at the 2500' elevation and was first developed over 25 years ago. A gated subdivision with a 18 hole golf course, swimming pools and tennis courts. This is a must look at subdivision. Several custom homes have been built here in the last couple of years and price still are moderate. There are several quality builders in the area to build your custom home. I have notice a few great buys in this location. There are a few good buys on homes in the 400 to 500 range and... 10/15/2007
Comments 1

The colors of red in Calaveras county!

By Richard Perkins
(R PERKINS REALTY)
Hey, you guys need to check out the colors on this tree. I hope the picture does it justice. Northern California fall is really starting to rock. I have notice the last couple of days colors are really starting to peak. I think we must be at-least half way through fall or close to it.  This picture was taken at the 2500' elevation in the little town of Murphy's. Hope you enjoy and I will follow up with more photo location later. 10/15/2007
Comments 4

A word to all realtors about tree cutting!

By Richard Perkins
(R PERKINS REALTY)
OK guys just ran into a new one last week. I don't know but maybe some of you have had the experience. Started out buying a lot in Forest Meadow subdivision in Calaveras county. I wanted to clear some trees so a house can be built on the lot. Should be easy right! WRONG I no some of you are saying this guy is cutting a bunch of trees no I am only talking three trees. One small pine, One large bull pine and One small oak. I had the tree service come out and give me a price, everything was fine until he called me back and said we will have to submit for a permit through CDF yes California department of fire for a lumber harvest permit. Some call this a timber conversion. You can't just get the permit you have to get a forester to do the paper work. Cutting that short it means about an ext... 10/14/2007
Comments 2

Sun is out and the weekend is going to be great!

By Richard Perkins
(R PERKINS REALTY)
OK now is the time to get out! Winter is almost here and you better take advantage of our great weekend weather before it is to late. I see the sun peeking out from this very week storm that just pass through. I think this might be a great weekend to go out and take a break from it all. The mother-lode is the place to be this weekend. Maybe taking a trip to Murphy's or maybe as high as Arnold. The colors are all out and it is gorgeous up here. I don't think you will have a hard time getting a room. A lot of last minute deals out there I am sure. People were thinking this storm would last but it has not. So please come up and enjoy. This is a great time of year to come up because it is between season and it is not real busy. The restaurants are not packed and neither is the golf course. ... 10/12/2007
Comments 2

By Richard Perkins
(R PERKINS REALTY)
A word to the wise, this time of year is a great time to vacation in the mother-lode of Calaveras county. The air is crisp and the crowds are gone. Murphy's and Arnold is a great place to come and just get away from it all. Summer is over and winter is not quite here yet. The crowds are gone but yet everything is still open and ready for your weekend enjoyment. Walking the streets at dusk and just smelling the fresh air can really help you unwind.I live in Angels Camp and on Friday and Saturday nights we will come up the hill for dinner and a walk in the town of Murphy's. What a treat and just seven miles from where I live. Quite nights in the fall with a light breeze whispering through the trees. Now this is how I get my head clear. The restraunts and cafes in town are incredible, even... 10/10/2007
Comments 0

By Richard Perkins
(R PERKINS REALTY)
OK if fall is your time of year please don't miss out. Calaveras and Amador county's are in full color. The window as you all ready no is not long. The sights are incredible. The yellows are already falling off the trees and the reds are in full peek. Greens are  turning to the light green colors and gorgeous. Oh, you have to see this years colors. I don't think I have ever seen colors like this. I think this is the best year for colors in the last twenty. Please do yourself and your family a favor and plan your trips now. I think you will have about two weeks maybe three at the most to enjoy the sites. Again the recent rains make for clear skies and bright vivid colors.Please feel free to call should you need directions on where you might be going. I have lived in this area for many ye... 10/10/2007
Comments 0

The bright reds of the Calaveras fall!

By Richard Perkins
(R PERKINS REALTY)
Good-morning to all, Yes this is kind of an odd picture but very pretty. The locals in the area know when fall is here, when they see this as they are driving up to Murphy's. This is a sight you will see as you are heading east on Murphy's grade road from main street in Angels Camp. The picture does not do it justice, this is something you must see with your own eyes. I can't catch the sun gleaming thought the red leaves. I guess nature is saving this for you to see with your own eyes. There are many more colors to come in the next couple of weeks. I would hope you all could come up and see but I know you can't. So I am going to keep you updated with photos.The bright red and yellow colors will be coming shortly! Enjoy 10/06/2007
Comments 1

The fall colors are starting to pop! Oh what a sight!

By Richard Perkins
(R PERKINS REALTY)
Hey guys, just updating you on the fall weather. Now is the time to come up and enjoy this scenery. The colors are starting to really pop and it is really a sight to see.In my opinion this is the best time of year to be in the mother-lode. You must come up in the next couple of weeks to take advantage of the beautiful colors. They do not last long and it will soon turn into winter. I must say I have seen some gorgeous reds and yellows this year. I will take some pictures this weekend and you will see them on my blog next week or maybe at the end of the weekend. Oh what a treat!Hey you may want to take some time and look at that favorite lot or maybe a home that has been on the market throughout the summer. It won't stay on the market forever. Come on up Calaveras county is a great plac... 10/05/2007
Comments 3

ON TOP OF THE WORLD "OH WHAT A VIEW"

By Richard Perkins
(R PERKINS REALTY)
I must say this was an incredible view and I just stumbled on it today. I was heading east on Fricote City rd. I was out about 7 miles from hwy 49 came up over a small hill and there it was. Seeing all the way up the Eastern Sierra's! What a treat! The gentle breezes blowing in the air at around 4pm this afternoon. Fall is here and you can feel it at these elevations. I know it is hot in the valley but not up here it is staying cool and I am sure winter is just around the corner. I wish you all could see this it was great! 09/25/2007
Comments 2 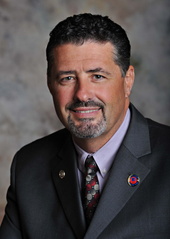 By Coy Knapp
(Sugar Pine Realty/GMAC)
Published: April 7, 2006 (Union Democrat) By SUNNY LOCKWOOD  Murphys, the boutique hamlet promoted locally as the Queen of the Sierra, received national recognition this month. Murphys is named one of the "10 coolest small towns" in the United States in the April issue of Budget Travel Magazine. The ranking also appears on the magazine's Web site. The little burg that has become a popular shopping and wine tasting destination in recent years is the only California community on the 10 coolest list. Nina Willdorf, senior editor of Budget Travel magazine, which is owned by Newsweek and is published 10 times a year, said this is the first time the publication has done a top-10 package. "Considering how successful it's been with our readers, we might do it again," she said during a telephone... 02/13/2007
Comments 1
<< Previous 1 2 3 Next >>
Explore Murphys, CA
Murphys, CA Real Estate Professionals