By Greg Knowles Santa Barbara Ca.
(Fidelity National Title Group-Santa Barbara)
It's a new year and it has started out just where 2007 left off in December.In the Santa Barbara area there were 92 closed transactions according to C.O.R.T. (Computer Oriented Real Estate Technology) They are a local provider of property information and do a terrific job. Now back to the numbers, we have had 4 consecutive months of property sales being in 90's. Historically that is a very low number. Seasonally this is the time of year you would expect low numbers. I'm going to really go out on a limb here and say that we should see some bigger numbers very shortly. Maybe we will climb in to the triple digits in February, but most likely it will be March before that happens. We have given our chart a bit of a face lift, by adding our escrow officers and marketing representatives inform... 02/12/2008
Comments 2 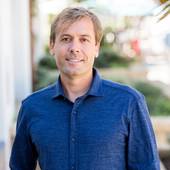