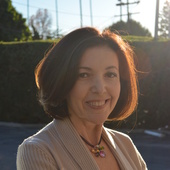 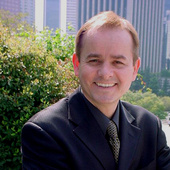 By John Vostenak
(CENTURY 21 Ludecke Inc.)
Great city of Arcadia at foot of San Gabriel valley mountains, bellow Mount Wilson peak and the famed observatory. Several Parks and natural greenery are abound in Arcadia City , and the best know race track in Southern California, Santa Anita Racetrack Park.Arcadia is a city in Los Angeles County, California, United States. It is in the foothills of the San Gabriel Mountains below Angeles National Forest. The city of Pasadena is to the west, and city of Monrovia is to the East. Arcadia is a U.S. city in Los Angeles County, California that is located about 20 miles Northeast of downtown Los Angeles.It is the site of the Santa Anita Park racetrack and home to the Los Angeles County Arboretum and Botanic Garden. As of the 2000 census, the city had a total population of 53,054.Need informa... 02/22/2007
Comments 0

By Eddy Martinez
(Nationwide Funding Group)
The charge for the use of money is called interest. The rate of interest that is charged will determine the total dollar amount of the payments. When money is borrowed, both the principal and interest must be repaid according to the agreement between the borrower and the selcted lender. (P) Principal : Dollar amount of money borrowed , loan amount(I) Interest : Charge for the use of money(R) Rate: Percentage of interest charged (T) Time: Duration of loanInterest and Loan Examples involve these three variables:Paid = P = $ = PrincipleMade = I = $ = InterestRate = R = % = Interest rate Formulas:(1) When the amount of principle and interest rate, expressed as a percentage are given and you are solving for the amount of interest earned (smaller dollar amount,  $) use:I = P x R x T ( Interes... 12/12/2006
Comments 0

By Eddy Martinez
(Nationwide Funding Group)
A bridge loan (also called interim or bridge loan) is a temporary loan made on a borrower`s equity in his or her home. It is usually a short term loan that is due in six months or when the borrower`s home sells , whichever occurs sooner. It is used when the borrower has purchased another property, with the present home unsold, and needs the cash to close the sale of the new home. The new loan is secured by a trust deed or mortgage against the borrowers` home. Usually there are no payments, with interest accuring during the term of the loan. So what happens when the borrowers loan sells? The bridge loan plus interest is repaid, thorugh escrow, from the cash proceeds of the sale. The reality is that bridge loans can be risky depending on the current real estate market. In a fast-paced rea... 11/14/2006
Comments 0
<< Previous 1 2 3 4 5 6 Next >>
Explore Arcadia, CA
Arcadia, CA Real Estate Professionals