NEW YEAR 2021 is around the corner 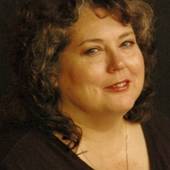 By Debra Leisek
( Bay Realty,Inc Homer Alaska)
Ninilchik/Clam Gulch  -  Historic Halfway PointLocated halfway between Homer and Soldotna, Ninilchik is the oldest settlement on the Kenai Peninsula and the old village offers a slice of Alaskan history while the more modern community offers merchandise, services and activities including the annual Kenai Peninsula State Fair.  Spectacular beaches and rivers in Ninilchik and north to Clam Gulch provide endless vistas of Cook Inlet and the "Ring of Fire" volcanoes on the other side, plus endless opportunities for fishing, clamming, beachcombing and four-wheeling.   One of the most popular stops is the The Holy Transfiguration of Our Lord Russian Orthodox Church This is the most photographed church in Alaska It overlooks the Deep Creek Village. A must see when you are in this area. The Nin... 01/25/2017
Comments 16

Does our Spirit have emotions, feelings & memories after our Earthly body dies?

By Robert Vegas Bob Swetz
Does our Spirit have emotions, feelings & memories after our Earthly body dies?There are so many questions that arise when people talk about death and our bodies passing on Earth.Some may say our Spirits when we pass have no feelings, emotions, etc when our bodies die.But does our Spirit have memories when we lived on Earth.And what about Spirits that wander the Earth, why are they wandering?And with all the so called answers about what happens with our Spirits when we die, where do all these facts come from.The Bible has many scriptures written about what happens with our Spirit after we die, but unless we have lived it how do we know what the facts are?Here are a couple photographs that I took last weekend at the  Holy Transfiguration of Our Lord Church.The Holy Transfiguration of Our... 04/27/2016
Comments 15

By Robert Vegas Bob Swetz
Robert Vegas Bob Swetz aka Alaska Bob has been posting many blogs and photographs about Alaska, including Anchorage, Homer, Seward and the small Russian town called Ninilchik on the Kenai Peninsula Borough.While Robert Alaska Bob Swetz has been posting his blogs at Blogger.com he has noticed the number of views, stats and countries that have been reading and viewing his material.The United States is at the top of the list, followed by RUSSIA, Germany, France, Poland, Mexico, Netherlands, Philippines on down the line.So that being said Alaska Bob wanted to share some photographs that were taken from a small Russian town approx 20 miles north of Homer Alaska called Ninilchik.These great photographs were taken by Robert Swetz at:The Transfiguration of Our Lord Russian Orthodox Church.Rober... 12/10/2015
Comments 27

Alaska Bob is Excited about Flying Home for the Holidays

By Robert Vegas Bob Swetz
Russian Village of Ninilchik Alaska by Robert Swetz  Alaska Bob is getting very excited about going home for the Holidays ;o) Working on a construction project in San Jose California since February of this year has only allowed Alaska Bob aka Vegas Bob a 10 day visit all year in July. So I am very excited about getting out of California, and chilling in Anchorage Alaska ... Sure it gets cold, sure it snows, sure the days have very little sunlight ...But I will not be working and spending quality time with my wife and 2 boys. And how long will Vegas Bob be chilling in Alaska?Well I purchased a (One Way) ticket last week. So only time will tell ;o) 10/12/2015
Comments 31

The Transfiguration of Our Lord Russian Orthodox Church - Alaska