11 Comments
Most of the peach orchard has been removed, the ground leveled, road in, water, sewer and electric now all that is waiting is for a purchaser of the lot and plan they would like to use. The devloper is looking to put in 2000 sgft homes from colonials to ranches in the $290,000 to $350,000(varying...

We Have a New Member With a GREAT Post

16 Comments
If you get a chance go visit steve Saretsky and give him a warm welcome and give his post a read.

May One and All Have a Prosperous, Healthy and Happy New Year

17 Comments
Happy New Year; if you are out and about make it a safe journey.

A Little Help From My Friends

20 Comments
Let's see if we can get Paula over the top today and into the millionaire club. A Little Help From My Friends Hey there Active Rain friends!  I am fast-approaching the exciting milestone here in the Rain for my first MILLION points!  My goal was to be there by the end of 2015 and it is looking li...

Show Us Your Home for the Holidays Season 2...December Contest

37 Comments
Every year most of the neighbors go for a walk and exchange sweet goodies and wishes of a Merry Christmas.         These are some of the shots of the homes around us.House number one (not in line with pics) was headed to New Jersey for Christmas with family.House number two is a teacher and relis...

28 Comments
Short as the guy in the red suit bringing gifts down the chimney.Sweet as in the yams,so many kinds of cookies, pies and in my case the Baklava.Simple as in how we treat each other, the HOPE of Peace and Tranquility and Good Will, a hand to give to the needy when needed and able to do so.Merry Ch...

36 Comments
I do not do as much on Facebook( to the dismay probably of Anita Clark ) as I probably should and was surprised at a post unrelated in a round about away to do with real estate has gained a client from the past.The post was another one done and a tray of of Baklava.A client that had friended me o...

Had The Honor Of Listening To Four Year Old Grandchild

30 Comments
Getting ready yesterday to head out for appointments the better half reminded me of a commitment to Brynne. It was her Christmas Pageant at ten am.As luck would have it the first appointment called and wanted to early afternoon!Here is Silent Night performed by a bunch of four year olds at their ...

One of Those Days

36 Comments
Two weeks at the new office and asked for three things:#1 How to use the printer wirelessly with the good old lap top.#2 How to use the scanner and  copier.#3 Who signs the paper work with any HUD offers.Today there is a sheet on how to connect to the printer but it cannot be wireless as someone ...

You Have Got To Be Kidding Me A PRICE INCREASE

20 Comments
Showing properties and writing two offers today was a good thing and while in the middle of the second offer one of my rehabber's called wanting to see a home(vacant for five years and not an REO) in good old Webster, New York.Called and received the information on how to get in and did my mini C...
Previous 1 2 … 7 8 9 10 11 12 13 14 15 Next
Back to Top Archives
Rainmaker
1,465,703 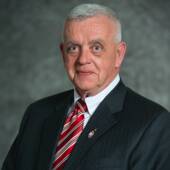