16 Comments
Winter is now upon us in Utah...... Snowbird, Utah You are looking at the tram towers on the top peak and Peruvian on the second ridge line. Very one at Snowbird is getting excited and fresh track can be seen from skiers wanting to be the first on the mountain!

7 Comments
Wordless Wednesdays.......... A Tribute to my sweet Dog Booker, he is now in the hands of a dear friend of mine.  I really miss him. I put my house up for sale so it was little hard to have him there.  This was his costume last year. He can look a little intimadating for buyers coming around.  He...

5 Comments
Wordless Wednesdays.......... Remember the Moose that slammed into my boyfriends Mercedes well take a look at this guy.  If you don't think they can do a lot of damage, think again.  I should have included a picture of a Moose with the car accident blog but I didn't have a picture of one at the t...

1 Comments
Utah Ranks #1 in Best place For Business and Careers                                   Utah tops our fifth annual ranking, knocking longtime leader Virginia from the top spot. By Kurt Badenhausen When voters in 37 states select their governors next month, the overriding issue will be, of course, ...

3 Comments
We just had our First Snow If you look at the tops of the surrounding Mountains in Salt Lake City you can see the white peaks peering out of the clouds.  I don't have a picture yet but it looks beautiful with the gold aspen contrast to the pencil pine trees, the gray low clouds and the white snow...

Harvest Supper to be held in Newport New Hampshire

0 Comments
I love Church suppers.   I thought I would help advertise this one for the NewPort Newpshire First Baptist Church.   I have  re-blogged Dale Bakers blog about this event to help bring their community together and raise a little money to keep the Good News Flowing!  It's nice to support a good cau... 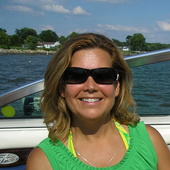 Homes for sale in Salt Lake City
Get this Widget