Been around for thousands of years, but Who Am I?

3 Comments
At a time when there are many naysayers stating "diversify diversify" this Real Estate related "who am I" may just be a great addition to your next Newslatter. Who am I? I am the basis of all wealth, the heritage of the wise the thrifty and the prudent. I am the poor man’s joy and comfort, the ri...

8 Comments
The world of the “interwebs” ..........can guarantee to bring one thing to us, that we perhaps unwittingly don't realise we seek……immedicity. The fracture that happens once many folk approach...…or actually hit retirement is something that, hopefully God willing, we will all have the opportunity ...

4 Comments
Was this meant to be under the radar or not… So far this year, many Aussies and Kiwi Real Estate Agents have made known to me their views on the “US inspired” and perhaps “perceived” future of Real Estate Marketing. So what future direction/path could we be heading down, in the short term anyhow,...

Where are the Biggest Houses in the World?

8 Comments
7th December 2009 The Biggest Houses in the world, it would seem, are in Australia, USA and New Zealand......and in that order. PHOTO Fairhaverns Great Ocean Rd Pole House** - video link here PHOTO CREDIT  - www.realestate.com.au You see the ubiquitous word "lifestyle" bandied around so much thes...

1 Comments
and with interesting results I might say...check out the post here....  http://3.ly/fd   yes thats right its pretty short but 3.ly is a new SHORT URL Service designed to most probably save us just a few precious charactres out of 140!

5 Comments
Being the first time I've seen this in either Australia or New Zealand, would love to know if any US Realtors have seen this type of campaign being conducted stateside. [higer-res version of photo here]   I had just pulled to a stop at the lights, and because it was raining I didn't wind the wind...

Is this the Cheapest Home In New Zealand?

6 Comments
Hows this for thinking outside the square. NEW MARKETING STRATEGY A FIRST FOR NEW ZEALAND. Brad Maxwell, Managing Director for Christchurch based Premier Realty Ltd has come up with what he says is a NZ first to sell his own personal home. In his Press Release he asks the question.... Would you ...

0 Comments
Ooops forgot this part....   http://voices.realestate.co.nz/sunny-nelson/   Thanks in Advance

0 Comments
Hi all I'm new to this blogging thing, well about 4 weeks old. However I'm pleased that I have managed to pick up a Blogger of the Month award in NZ already. Is the sort of content that I am placing on my blog the right sort, right sort for clients / customers or perhaps more for other agents /re...

We are the Centre of New Zealand

0 Comments
Nelson is the centre of New Zealand, and also commonly referred to as the Sunshine Capital of New Zealand. Its a fantastic place to live, work and bring up a family. Do people like moving here to Nelson? You bet! In March, July and again in September of 2008, The Nelson Mail has had this type of ...
Back to Top Archives
Rainer
9,399 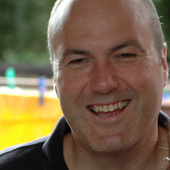 Features Real Estate related articles, statistics and reports with a focus on the "Top of the South" of the South Island of New Zealand