A light joke for the heavy snow

2 Comments
A snail was coming home from the market when he was held up and robbed by two turtles.  The snail went to the police station to report the incident.  When the officers asked the snail if he could describe the turtles, he said, "No, it all happened so fast."I hope that makes your day a little better

Sharing a project I enjoyed

2 Comments
When I first moved to Portsmouth I challenged  myself to visit a new place every time I wanted to go out, whether it was to have a drink, grab a bite to eat, or get a coffee.  I soon realized what a huge undertaking this was, as Portsmouth has a lot to offer the hungry, thirsty or caffeine depri...

Think of the big picture before you paint

1 Comments
Here is an issue I see plaguing first time home buyers: They are walking into their new place with blinders on--they  see walls that need repainting, sinks that are in desperate need of new fixtures, rooms whose circulation could be improved with a ceiling fan.  They are seeing only the things d...

Is now a good time to buy or sell ?

0 Comments
It's something I say all the time and it's even more true now.  People are sitting on the fence waiting for interest rates to come down (heck, they lowered rates last week and their going to lower rates on Wednesday January 30th at the Fed Meeting right?).  People are also waiting for home prices...

0 Comments
There were 21 closed listings last year the average selling price was 1,235,217, with an average days on the market  of 180. please stay tuned for an in depth market analysis comparing Portsmouth, Dover, Durham, New Castle, Hampton and Rye. I will be including charts and graphs to illustrate the ...

0 Comments
If you are a buyer,  now is a great time to buy. Interest rates still remain low and there is a lot of  inventory on the market It is still a good time to sell, despite the nation wide averages the coastal north east is one of the best locations for holding value.
Back to Top Archives
Rainer
12,085 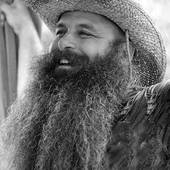