5 Comments
Just got my new website up, CCSOLD.COM and was wondering how to market it. Any ideas on what to do and what not to do. Thanks

1 Comments
Anyone have any ideas on getting your webpage marketed over a large scale for the least amount of money. Thanks

HOW BAD ARE THE POLITICS WITHIN YOUR ASSOCIATION

2 Comments
Being newly elected Board of Directors, I am finding out first hand about the politics within my association. It is tough not getting caught on one side or the other. There are politics within the companies, individuals, and the staff. Wanting to be a part but not part of this is a tough, but wan...

0 Comments
What are possible actions against a board president if majority of members believe president is making the best personal decisions and not the best for the association. Thanks in advance.

9 Comments
I have a listing were the appraiser went out did the appraisal, told the buyer that the seller bought the house for less than what it was being sold for, which didn't bother me as much as SAYING the house was a MOLD house. Which it never was. I confronted her about it, and she said the previous l...
Previous 1 2 Next
Back to Top Archives
Rainer
121,954 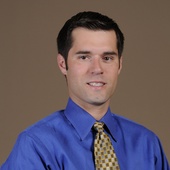 A online MCE provider not to use