Brick Ranch on Basement, No Subdivision

0 Comments
What:  Special Council on Tax Reform and Fairness will hold a public meeting to gain public input on Georgia's tax structure When:  Thursday, August 26, 2010 4 p.m. to 7 p.m., drop in any time Where:  Blue Room, Georgia Railroad Freight Depot, 65 Martin Luther King, Atlanta, 30334 Park:  There is...

0 Comments
At the August 9, 2010 meeting of the Henry County Board of Education, Dr. Ethan Hildreth was announced as the new School Superintendant.  Mr. Michael Surma announced his retirement earlier this year.  Dr. Hildreth has been serving as Assistant Superintendant of Administrative Services.  Previous ...

Sales Up or Down?

1 Comments
Monthly statistics on home sales in Henry County have been kept by me since 2006.  The National Association of Realtors says that homes under contract is the best indicator of how the market is going.  For a couple of years, the under contracts per month have been going up a little and down a lit...
Previous 1 2 3 4 5 6 7 8 9 10 11 Next
Back to Top Archives
Rainer
103,517 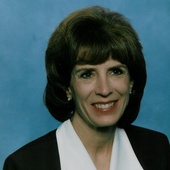