0 Comments
Too many people don't care what happens so long as it doesn't happen to them. --William Howard Taft   Know someone who has lost a home ? ASSET LOCATION AND RECOVERY SERVICES recovers unclaimed funds  for the rightful owners nationally 888-3985703               ALARS.US

0 Comments
There are Billions of $s in unclaimed funds the government is holding on to, while millions of citizens are out of work, some even destitute. The truth is many people don't know they have unclaimed funds available to them. Recently,  After much exposure by members of our group, many politicions...

MY MOTIVATIONAL QUOTE FOR TODAY

3 Comments
Whenever you are having a difficult day, remember these words of Herbert Kaufman Failure is only postponed success as long as courage coaches ambition. The habit of persistence is the habit of victory Assetlocationandrecoveryservices.us/ The national unclaimed funds brokers. 8883985703.

2 Comments
"If you believe you can, you probably can. If you believe you won’t, you most assuredly won’t. Belief is the ignition switch that gets you off the launching pad." Denis Waitley Assetlocationandrecoveryservices.us

0 Comments
DEAR ACTIVERAIN  FAMILY     Are you doing all you can to give back or reach out? Have you experienced the phenomena of giving and receiving tenfold? In your travels you come across people that have lost their homes because they could not pay. Every little bit helps in these difficult ti...

A MOTIVATIONAL QUOTE TO LIVE BY.

AN INSIRATIONAL QUOTE THAT KEEPS ME GOING DAILY

4 Comments
I have been blogging about unclaimed funds for some time, but I am not sure I am really getting the point across to the masses of how much money is really available to be claimed. It's very sad & sometimes frustrating to know that people, who are sometimes desperately in need, will lose money t...

0 Comments
California has been experiencing many episodes of natural disasters over the past few years.  Recently, they again  suffered  damages estimated to be upward of $40M from the tail-end of the tsunami in Asia . The coastal  City of Santa Cruz was devastated more than most as their economy depends he...

0 Comments
Costco sues state over $3 million in unclaimed customer rebates By VANESSA HO SEATTLEPI.COM STAFF     When customers fail to cash in on rebates, where does the money go? That's the subject of a lawsuit filed by Costco last week, alleging that it shouldn't have to pay Washington $3.2 million i...
Previous 1 2 3 Next
Back to Top Archives
Rainer
31,241 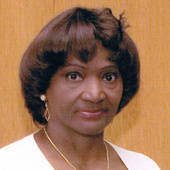