3 Comments
Based on the statistics in DotLoop's Earth Day blog, forty years of earth day has delivered results in the form of reduced lead, carbon dioxide, and sulfur dioxide in the air we breathe.  This is a testament to results from a worthy cause to go green through Earth Day. Although Earth Day is typic...

Tax Time... Tax Deduction... What write off have I missed?

0 Comments
Compliments to Nick Sweeney blog combined with a bit of William Stevenson insight reemphasize the tax write off of todays business.. Click here to read Nick Sweeneys blog further.... As many Realtors are independent contractors, tax season becomes of great importance to keep cash in your wallet. ...

Electronic signatures have long been the gold standard

When I'm ready to sell/buy a home, I'll be looking online

0 Comments
Recent post on the DotLoop Blog  refered to an article on the Millennials (aka Gen Y) changing the face of Real Estate through  technology.  After reading the article, Do We Believe in the Millenials I took home one insightful statement/questions "Real Estate Agents may wonder why they should ca...

FHA Approved the wave of the future.. Electronic Signatures!

0 Comments
"Here at DotLoop, we always knew we were on to something big. Call it intuition, call it gut instinct, call it clairvoyance, but we just knew that the old way of doing things wasn't working," says Nick Sweeney of DotLoop. A monumental announcement was made yesterday 4.8.10 by the FHA and their ac...

1 Comments
Insightful post by blog enthusiast Nick Sweeney of DotLoop as he emphasizes the importance of connecting with clients in today’s market. Evidence of a trend in technology and changing demographics has become an integral role to stay ahead of the curve. He identifies the relationship of Gen Y's (w...
Previous 1 2 Next
Back to Top Archives
Rainmaker
14,595 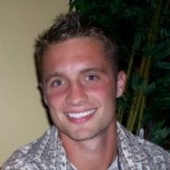